Paranormal romance writer Kate Hill is here today to talk about Secondary Characters. Her Fangs and Fists series features several characters who were once secondary characters in other books. Please welcome Kate Hill! 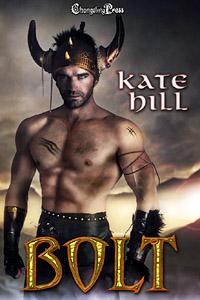 Secondary characters, especially in series books, are often as important as the main characters in a story. Many times characters who are stars of their own book are introduced in a previous story in the series. They need to make a good impression, not only because they add to the richness of the story, but because they should create enthusiasm for future stories.

Since everyone responds to characters differently, good secondary characters might also connect with readers in a way the author doesn’t expect. When readers express interest in a certain secondary character, it’s usually a great opportunity for authors to examine their work in a way they might not have considered. Your next hero might be a character that you almost overlooked.

Secondary characters are often more than just tools to enhance the main characters. They have the power to expand fictional worlds in ways that might amaze both readers and authors. 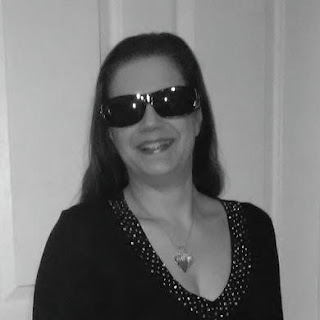 When she's not working on her books, Kate enjoys reading, working out, spending time with her family and pets and running the Compelling Beasts Blog, dedicated to antagonists, antiheroes and paranormal creatures. She also writes under the name Saloni Quinby.

Kiara remembers what life was like living free–before she was taken by demons and bred to gladiators so that the new generations of wolves would retain their ferocity but forget their freedom. Mated to top gladiator Grit, she has a son with this surprisingly gentle lover who is also planning their escape. When Grit is killed in the arena, his close friend Bolt upholds his promise to protect Kiara and the cub.

Bolt and Kiara have loved each other from the moment they met, but they buried their feelings because she was mated to his best friend. When Grit dies, despite their guilt, Bolt and Kiara surrender to their desire for each other. Will their love be strong enough to help them win freedom from their evil masters?

Bolt came to her again that night.

As before, the guards opened the door abruptly.

Kiara had been pacing the cell while Jett slept soundly in the adjoining room. She turned toward the door, her heart pounding with anticipation.

Wearing only his loincloth, Bolt entered behind the first guard. His blue gaze flew to Kiara. The guards said nothing, but left them alone, closing the door behind them.

"Bolt," Kiara said, meeting him halfway across the room.

They embraced tightly and he covered her face with gentle kisses.

"I had a strange conversation today," she whispered in his ear, hoping that if the masters were listening, they wouldn't be able to hear her. "A huntress said we should be ready tonight."

"Yes. Her name is Zari. She's been planning this escape with us for months. Me, Grit and a couple of others. Victor is fighting again tonight. His opponent is one of ours, a wolf named Glacier. Since killing Grit, Victor's next fight has been greatly anticipated. From what I've heard, most of the demons in the tower will be watching."

"You really trust her? This Zari woman?"

http://www.twitter.com/compbeastsblog
Posted by Jana Richards at 12:30 AM