The Myth of Multi-Tasking

Tell me if this sounds familiar; you’re trying to write a blog post while at the same checking emails as they come in and posting to Facebook. In the background the TV is playing. The buzzer on the dryer goes off and while you’re in the basement folding laundry, you have a great idea for your blog post. You finish putting away clothes, feed the dog, check some more emails, and send a link to Twitter. Unfortunately, by the time you sit down to write your post, your great idea has evaporated.

If you find yourself trying to do a hundred and one things at once, you’re a multi-tasker. You might think this is the best way to get a handle on your to-do list, but is it? According to numerous studies, the human brain is not designed to multi-task. It’s designed to concentrate on one thing at a time, until that job is done, and then move on. When you multi-task, you lose the ability to deeply concentrate. If you flit back and forth between two or more projects, it will actually take you longer to complete your tasks, and they may not be done as well. For creative types, like writers, lack of concentration on a project can mean not only decreased productivity, but decreased quality. How can I be a good writer if I don’t totally immerse myself in the world of my story?
"Without great solitude, no serious work is possible." Picasso.

Writers who have abandoned multi-tasking report the following benefits:

What I Learned from Jane Eyre 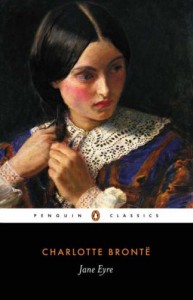 As a summer project, a group of us are reading "Jane Eyre" and sharing our thoughts about it as we progress. For most of us, including me, it is our first reading of the book. It’s one of those books I’ve always meant to read but never got around to. I wasn’t sure if I was really going to enjoy Ms. Bronte’s fiction, or if like cod liver oil, I needed to ingest it because reading a classic was ‘good for me’. Luckily, I found that reading the book was both enjoyable and educational.

Charlotte Bronte had a few things to teach me this summer. Here’s my take on lessons learned from "Jane Eyre":

1. Don’t forget the importance of setting. The novel abounds with detailed descriptions of each of its settings. The austerity described at Lowood School for girls lets us feel the continual cold and the pervasive hunger. Moor House is as warm and homey as Gateshead is cold and prisonlike. And of course Thornfield, Mr. Rochester’s mansion, is described in such a way that it feels impressive and lonely at the same time:

"...advancing onto the lawn, I looked up and surveyed the front of the mansion. It was three stories high, of proportions not vast, though considerable: a gentleman’s manorhouse, not a nobleman’s seat: battlements round the top gave it a picturesque look. Its grey front stood out well from the background of a rookery, whose cawing tenants were now on the wing:…Farther off were hills: not so lofty as those round Lowood, nor so craggy, nor so like barriers of separation from the living world; but yet quiet and lonely hills enough, and seeming to embrace Thornfield with a seclusion I had not expected to find."

I could see, feel, taste and experience each one of Ms. Bronte’s settings. I have to remember to put my readers in my books by using details as well as the five senses.

2. Don’t forget to flesh out characters with vivid description. Jane Eyre has the uncanny knack of being able to describe people. Here she describes Adele on first meeting her:

"...a little girl, followed by her attendant, came running up the lawn. I looked at my pupil, who did not at first appear to notice me: she was quite a child, perhaps seven or eight years old, slightly built, with a pale, small-featured face, and a redundancy of hair falling in curls to her waist."

"Descending from her chair, she came and placed herself on my knee; then, folding her little hands demurely before her, shaking back her curls and lifting her eyes to the ceiling, she commenced singing a song from some opera."

5. In a romance, always show how the heroine is different from any other woman the hero has ever known. (The same is true about heroes being different from any other man the heroine has ever known.) I think Ms. Bronte introduces Blanche to show the contrast between her and Jane. Blanche is loud where Jane is quiet, beautiful where Jane is plain, oblivious where Jane is observant, mean where Jane is kind, and dim where Jane is smart. Jane observes all the differences between them that would make Blanche, in theory, a better wife for Rochester, including the fact that she is rich and of the same social standing as he. But Rochester would rather have an interesting, unique and piquant (stimulating) companion.
6. Show the characters’ passion. Though Jane rarely shows it, she has a passionate nature that makes her an interesting person to spend over 400 pages with. One of my favorite passages occurs when Jane is separated from Rochester and working as a school mistress:

"…dreams where, amidst unusual scenes, charged with adventure, with agitating risk and romantic chance, I still again and again met Mr. Rochester, always at some exciting crisis: and then the sense of being in his arms, hearing his voice, meeting his eye, touching his hand and cheek, loving him, being loved by him—the hope of passing a lifetime at his side, would be renewed, with all its first force and fire. Then I awoke. Then I recalled where I was, and how situated. Then I rose up on my curtainless bed, trembling and quivering; and then the still, dark night witnessed the convulsion of despair, and heard the burst of passion."

But Jane controls her passions well. "By nine o’clock the next morning. I was punctually opening the school; tranquil, settled, prepared for the steady duties of the day."

7. Every heroine doesn’t have to be a beauty queen. Charlotte Bronte takes great pains to stress that Jane is plain:

"I sometimes regretted that I was not handsomer; I sometimes wished to have rosy cheeks, a straight nose, and small cherry mouth; I desired to be tall, stately, and finely developed in figure; I felt it a misfortune that I was so little, so pale, and had features so irregular and so marked."

A heroine who is truly original can be much more interesting than one who is merely beautiful. In fact, in the Afterward of the version of "Jane Eyre" that I read, Marcelle Clements quotes the biography of Charlotte Bronte written by Elizabeth Gaskill:

"She [Charlotte Bronte] once told her sisters that they were wrong—even morally wrong—in making their heroines beautiful as a matter of course. They replied that it was impossible to make a heroine interesting on any other terms. Her answer was, "I will prove to you that you are wrong; I will show you a heroine as plain and as small as myself, who shall be as interesting as any of yours."

I must remember that interesting and unique trumps beautiful any day. Jane Eyre proves it.

8. The hero and heroine must suffer before they get to their happy ending. In modern stories, there must be a compelling reason why the two lovers can’t be together. There must be conflict. Bronte gives Jane and Rochester ample conflict to keep them apart; Rochester is already married. I honestly didn’t know if this story would end happily. When his marriage comes to light and before they get together again, both suffer tremendously. Jane nearly starves. Rochester is disfigured. Perhaps that’s a little drastic, but the point is that the stakes for the lovers must be high.

Though it took me a while to get through it, I’m glad I read "Jane Eyre". There’s always something to be learned from great writers.

Have you read "Jane Eyre"? If not, what lessons in writing have you learned from a favorite writer or book?

I'm participating in the Hot Summer Heroes Blog Hop! One of the requirements for participating in this blog hop was to talk about what constitutes a hot hero to me. As I write this, the Olympics are on TV. There's no shortage of buff men with impressive biceps and even more impressive abs - can you say six-pack, anyone?

But what makes a lot of these men heroes in my book is their committment to their dreams, their sense of fair play, and good sportmanship. It was heartwarming to see the genuine congratulations given to Oscar Pistorius from other runners in his 400 meter heat. Although Pistorius, the South Africian double amputee who runs on carbon fiber blades, didn't win his heat, his historic run was a triumph of the human spirit. There's a hot hero for you!

Closer to home, my idea of a hero is a man with integrity, tolerance, and intelligence. Having great abs (have I mentioned that I'm a sucker for great abs?) is just a bonus. A guy can be built like Adonis and have a face like Brad Pitt, but it means nothing without qualities like kindess and a sense of humor.

So, getting back to the Hot Summer Heroes Blog Hop. What is it? It's your chance to win lots of prizes. About 82 authors are participating, so you can hop from one blog to another and enter to win a prize at each one. A grand prize of a $100 Barnes and Noble Gift Certificate will be awarded at the end of the Hop.

My prize is a PDF copy of my most recent novella "Home Fires". All you have to do to enter my contest is to email me at jana.richards@hotmail.com  and tell me what your idea of a hot hero is. Or simply tell me the name of one of your favorite fictional heroes, from books, TV or movies. I'll be picking the winner of my contest at random from all entries received on August 19, 2012. Chances of winning depends on the number of entries. To read an excerpt from "Home Fires" please go to http://www.janarichards.net/ExcerptreviewsHomeFires.html

After you've entered my contest, hop on over to Hot Summer Heroes Headquarters for a listing of all the participating bloggers. .

Click here to take you to a page with the names and addresses of all the participating authors.