My romantic comedy RESCUE ME is now free at Amazon, Kobo and Barnes and Noble. 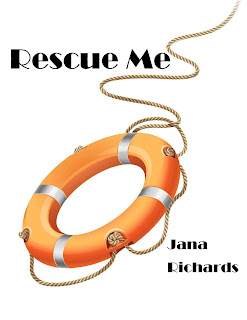 Chelsea Andrews can’t decide who’s more dangerous; the creep on the Toronto city bus, or the handsome stranger who rescues her. She doesn’t hang around to find out. Fate intervenes when out of work actor Matt Malone sublets the apartment next door, and Chelsea discovers the most dangerous thing about her charming new neighbor is the damage he’s inflicting on her heart. She’s had enough of men like Matt; her father was a philandering charmer who left devastation in his wake. But the more she gets to know Matt, the more she realizes he’s not like her father at all.

Success has eluded Matt’s acting career. His family is pressuring him to give up acting and work full-time as a chef at the family business, Malone’s Irish Pub. Matt likes to cook but acting is his passion. He’s nearly thirty now, and meeting Chelsea makes him think of settling down. Should he give up his dreams for love’s sake?

Chelsea is starting to believe she can trust Matt with her heart when strange romantic notes begin showing up at the art gallery where she works. Then she’s followed home from the bus stop late one night, and her apartment is broken into. All the evidence points to Matt as the culprit. Is he the kind, funny, sincere man she’s falling in love with, or some kind of stalker? Will the real Matt Malone please stand up?