I’m back home after a wonderful two week holiday in Maui. It was beautiful, warm, sunny and restful, everything a good holiday should be. But now it’s back to the real world.

After having a chance to plan and think while away, I came home with renewed energy and an idea of what I want to do writing-wise in the coming year. I’ve decided that my favorite word this year is going to be…

Every so often I go on an organization kick. I madly clean and make an attempt to get my writing life in order, only to fall back into old habits. But this is different. To be an effective writer, I can no longer live in chaos. I can’t spend minutes or hours looking for some piece of information I know I put somewhere in the room I laughingly call my office. And the files on my computer? Please. I need to dump the junk I no longer need and organize and save the things I do need.

Brace yourself. Here’s a current picture of my desk. 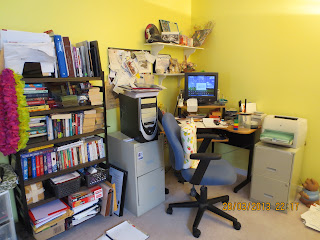 It’s embarrassing. I’m naturally messy and something of a procrastinator, but in my defense, part of the problem is that I don’t have anywhere to put things. My filing cabinets are so full I can’t get things in and out of them (that’s why there’s a pile of paper on the floor).

So, in the spirit of organization, I made a trip to Ikea. And I think I found a couple of pieces of furniture that will help me organize my life and my work. 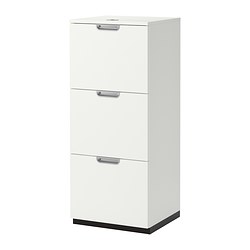 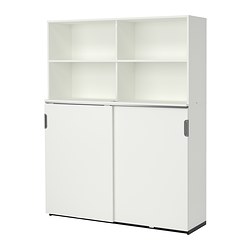 The filing cabinet will neatly store paperwork much more efficiently then my pile of paper on the floor. And the chest can hide away all the clutter from my desk and store my books. I’m hoping that a less cluttered workspace will translate into a less cluttered mind.
So the first step is to clear everything, and I mean everything, out of my office. Only those things I really need will get to come back. But before I put things back, I need to repaint. I’m done with the pineapple yellow. I need something calm, restful – wait, I don’t want to go to sleep in there! I need a colour conducive to creativity, but something that won't burn my retinas. Any suggestions?

Aside from colour, what’s the most important thing a creative space needs? I’d love to hear your thoughts as I reorganize my life. 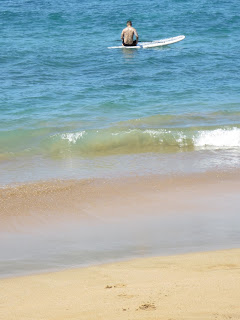 Yay! I’m on holidays for two weeks in Maui! I’ve always wanted to visit Hawaii, so now that I’m finally here, why am I spending my time writing blogs?


Don’t get me wrong. We’re definitely doing the tourist thing and enjoying the glorious weather. But for me, this is also an opportunity to catch my breath, to take a step back, and figure out where I go from here in my writing career.


This past winter has not only been long and cold, it’s also been very busy, and in some ways, quite difficult. From November until the end of February, my part-time day job was pretty much full-time. We moved to a new office on the other side of town and my ten minute commute has tripled to about thirty minutes. Not a big deal in good weather, but the weather this winter has been less then ideal, and just added to the stress.


I’ve got two new books being released this year. That’s the good news. The not so good news is that I had to do edits on both of them in January and February. I spent most of my weekends working on these edits and also on a book that I hope will be the third in a series I’m working on. I managed to finish it and send it to my editor a couple of days before we left on holidays, so I’m keeping my fingers crossed and hoping she likes it. 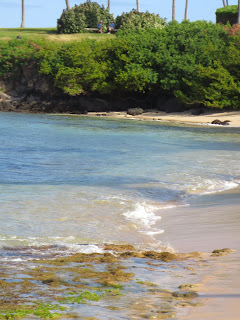 Anyway, with everything that was going on over the winter, I didn’t have time or energy to blog, or update my website. I haven’t figured out what I’m going to do to celebrate the release of my book in May. I don’t even know what I want to write next. So this two week vacation is going to be a little about doing some planning. I finally have a little time to think.


Have you ever taken a step back to plan your next move in your writing career? Or are you one of those lucky people who keeps it all together – day job, family, writing? I’d love to hear how you do it!
Posted by Jana Richards at 12:00 AM No comments:

So here I am on vacation in beautiful Maui. Yay! I’m enjoying seeing the sights and soaking up the sun. It’s been a long, cold winter with plenty of challenges and I’m just glad to be here.


Unfortunately, getting here wasn’t so easy. I should have realized the day would not go well when first thing at the Winnipeg airport, the self-serve kiosk wouldn’t print our boarding passes and luggage tags. Instead it said we had to see a ticket agent. Imagine my surprise when she told us the reason we couldn’t check ourselves in was because my name, or a name similar to mine, is on a no-fly list! What? Thankfully, the ticket agent made a phone call and was able to straighten things out. We were on our way. Whew!


The flight to Maui was never going to be a direct one. We were scheduled to go to Calgary, change planes, fly to Vancouver, change planes, and then fly to Maui. The plane was about to land in Calgary (the pilot had even announced he was beginning his descent) when I noticed that instead of going down, the plane was beginning to gain altitude. After a long delay, the pilot came on the intercom again to tell us that a snowstorm in Calgary, coupled with a power outage at the Calgary airport, prevented us from landing there. We were being diverted to Edmonton.


So we landed in Edmonton, and waited on the tarmac. The crew was really great and came around with drinks and snacks, and told us everything they knew, which wasn’t much. We just had to wait until the power was back on in Calgary. It wasn’t safe to land in a snowstorm without help from air traffic control. We waited about an hour there, until finally the pilot said we were being refueled and de-iced and would soon be on our way. And eventually we were. 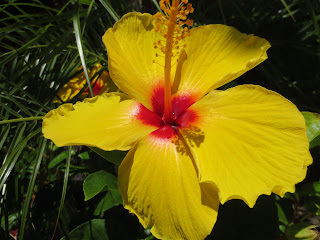 The biggest concern for my husband and me was making our connection to Vancouver and finally to Maui. But since none of the flights had been able to leave Calgary, our flight was waiting for us when we got there. We hustled to our gate and got onboard. Unfortunately, the backlog meant we had to wait a long time till it was our turn to take off. As I watched the snow fall, I worried that they would suddenly cancel our flight, deciding it was too stormy. I breathed a sigh of relief when our plane finally lifted into the sky. 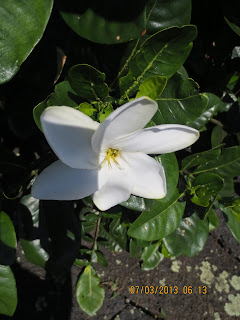 We safely got to Vancouver and it looked like our flight would leave on time at 6:15 pm. At least it looked that way until there was a sudden message on the board saying it wouldn’t leave until 7:15 pm. This whole day had been about hurry up and wait. I decided there wasn’t anything I could do about it so I might as well chill. I reached into my bag for my ereader and – nothing. It wasn’t there! I panicked. I’d been reading on the previous flight, and when we were told we had to power down all electronics, I guess I stuck it into the pocket on the back of the seat and forgot it. 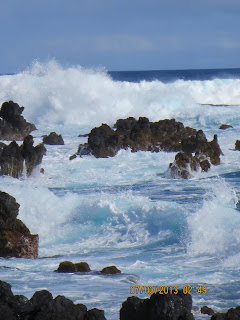 I was devastated, thinking it was lost forever. Fortunately, my husband isn’t the panicky type. He talked to the guy at our gate, who contacted his people, who found the ereader. That was the good news. The bad news was that it was on the other side of customs, and we had to go back and retrieve it ourselves, rather than have someone from the airlines bring it over. My husband told me to wait with our stuff and he’d run back for it. I was worried that our flight would be called before he got back, but I needn’t have worried. He was back with my ereader in plenty of time. There were still more delays. We didn’t leave Vancouver until 8 pm. 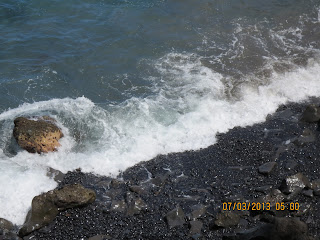 The flight into Maui from Vancouver took six hours. I’ve never been able to sleep on a plane and this time wasn’t any different. So I was beyond tired when we landed. Because we were so late, we were concerned that the car rental place would be closed, but for the first time this day, something went right. The car rental place was open. But first we had to get our luggage. One of our suitcases dropped from the baggage carousel, and then the thing abruptly stopped. Staff at the airport tried to fix it, but apparently it was well and truly dead, because after another long delay, they finally diverted the rest of the luggage from our flight to another baggage carousel. Eventually, we found our stuff and dragged ourselves to the car rental place. 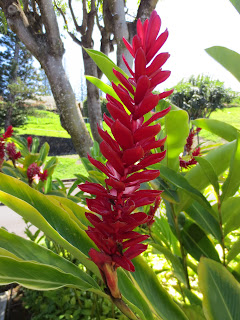 We managed to get our car without too much difficulty, but we were still presented with the problem of having to drive to our resort, a place we’d never been before, in complete darkness. The Ford Explorer we rented has GPS, but as of this writing, we still haven’t figured out how to use the stupid thing. We got some basic directions from the guy at the rental place and we took off, hoping we were going in the right direction. We drove for nearly an hour and were starting to get a little nervous. Had we taken a wrong turn somewhere? When we finally saw the sign pointing to the resort, we were giddy with relief. We felt even better when the lady at the resort called one of the security guys to take us to our condo, because it was 3 in the morning, and finding anything was beyond us at this point. With the time differences, we’d been awake for 24 hours. After a quick perusal of our one bedroom condo, we fell into bed, exhausted. 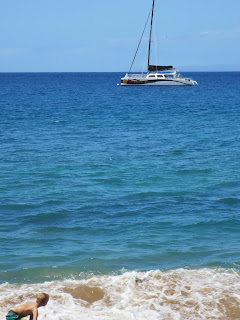 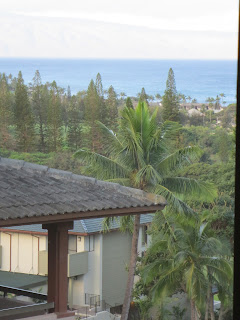 The next morning when we woke and looked outside in the daylight, we were stunned to see the gorgeous view. When I read ‘partial ocean view’ in the online description, I assumed it meant that if I squinted just so, I might be able to see a tiny sliver of ocean from our condo. Instead we have a glorious view. It made the whole hellish trip worthwhile!


Do you have a flight from Hell story? I’d love to commiserate with you!
Posted by Jana Richards at 8:50 PM No comments: