If J.K. Rowling can't do it, how am I supposed to? 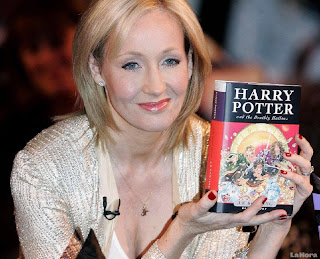 Recently, it came to light that J.K. Rowling had published a crime novel called The Cuckoo's Calling under the pen name Robert Galbraith. I'm sure Ms. Rowling is pleased that her new book received critical acclaim when everyone thought it was written by an author no one had heard of; no one was influenced by her well-known name to give the book either a glowing or a bad review. However, until it was discovered that Rowling was the actual author, no more than 1,500 copies had been sold. Of course now that everyone knows who the real author is, the book has become a commercial success.

This story begs the question: if quality determines success, shouldn't every well-written book be commercially successfully?

In his article in Bloomberg News, Duncan J. Watts challenges that theory. He collaborated with colleagues Matthew Salganik and Peter Dodds several years ago at Columbia University to prove that "market success is driven less by intrinsic talent than by "cumulative advantage," a rich-get-richer process in which early, possibly even random events are amplified by social feedback and produce large differences in future outcomes."

In other words, Watts believes that if an author becomes popular with one book, that popularity will continue with subsequent books. He and his colleagues devised an experiment in which almost 30,000 participants were recruited to listen, rate and download songs by bands they had never heard of. These participants were randomly assigned to one of two groups; an independent group, which saw only the names of the bands and the songs, and a social influence group, whose participants could see how many times songs had already been downloaded by others in the group. They found that success was driven disproportionately by a few early downloads. "When people could see what other people like, the inequality of success increased, meaning popular songs became more popular and unpopular songs became less so."

Watts says that it's "clear that being good, or even excellent, isn't enough. As one of the hapless editors who turned down the Galbraith manuscript put it, "when the book came in, I thought it was perfectly good--it was certainly well-written--but it didn't stand out."

Are you depressed yet?

I think most writers are aware that readers tend to buy books from authors they already know. Many authors' new books become an auto-buy for some readers. It makes sense; if a reader has enjoyed an author's work in the past, they trust them to provide a good read in the future. Readers only have so much time and money, so they must choose well.

Joanna Penn, who recently attended the Bookseller Marketing and Publicity conference, points out these statistics: "23% of buyers surveyed bought a book based on an author they had previously read, by far the largest percentage. A further 6% followed/were a fan of the author and 5% bought from an author interview/event."

For an author, this means that once we have entertained a reader, we have a better chance of having them come back to read more of our books. Keeping in touch with readers through a newsletter is important in order to touch base with them on what you're working on, on contests and new releases coming up, and to generally let them know you still exist.

So I think there's hope. I'll keep plugging away and trying to connect with readers through social media and blog tours. I'll also investigate different ways of reaching an audience. At the same time, I'll keep working on my craft. Who knows? Perhaps one day I'll be the writer on everyone's auto-buy list. I can only hope!

If you're a writer, what methods do you use to connect with readers? If you're a reader, what criteria do you use when buying a book? Do you ever buy books by writers new to you?

My Sexy Saturday - First and Again 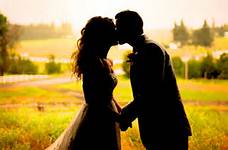 It took only a few seconds for him to sheath himself, but it seemed ages to Bridget. She sighed in relief when he returned to her. Placing his hands under her buttocks, he lifted her. With two fingers, she guided him inside.  He filled her completely, pushing at all her boundaries. It felt almost as if he could break right through her. The thought was frightening and exhilarating. Instinct made her wrap her legs tightly around his waist.

He braced himself, pushing her against the wall. With each thrust, he seemed to go deeper inside her. She madly pushed back, their frenzied coupling building to a crescendo. A moment later he cried out his release. She followed him into the abyss, descending into a vortex of sensation where only he existed. She clung blindly to him as wave after wave of ecstasy washed over her.

Finally the spasms ended and he carried her to the bed, laying her down and collapsing next to her. He flung one arm over his eyes.

“Next time you go to the city, buy some more of that underwear. Damn fine investment.”

She chuckled. “I’ll be sure to keep that in mind. I’m looking to build my portfolio.”

He made a noise that sounded like something between a grunt and a laugh. “You keep building your portfolio like that and you’ll put me in an early grave. But I’d least I’d die with a smile on my face.” 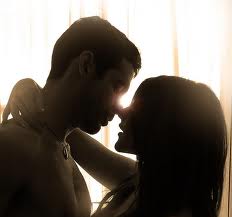 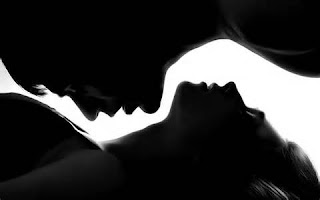 It's My Sexy Saturday again! I've got another 7 paragraph snippet from my October 7 Carina Press release, "First and Again". Bridget and Jack are about to make love for the first time in twenty years:

She pushed her jeans down her hips, slowly, languidly. They fell to the floor, pooling at her feet. She stepped gracefully away from them, and for a moment she stared at them, her hands splayed over her abdomen as if she was trying to cover herself. At last she lifted her gaze to his, all traces of playfulness gone. Was she afraid he wouldn’t want her?

“So what do you think?” she whispered.

He stepped forward and took her hand, kissing it tenderly. “I think that’s the sexiest bit of white cotton I’ve ever seen.”

She took a step back, mischief evident once more in her eyes. Her thumbs found the elastic of her panties and teased them lower. “As much as you love these panties, I think it’s time for them to go.”