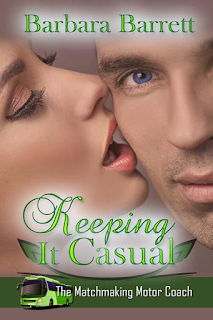 Talent manager Alex Appleby needs Geoff McKenna's help. Her vicious client is threatening the reputation of Alex's television-star father if Alex can't convince her stepsister to go along with the client's demand.  Alex turns to Geoff to make the case to her sister.

Geoff has his own proposition for Alex. Thus far, his case of multiple sclerosis has been mild, but he’s unsure of his future. When his girlfriend pushes for a stronger commitment, he enlists Alex as his new pretend love interest so his girlfriend will break things off.

When they discover they actually are attracted to each other, they agree to keep things casual, since Alex is only in town briefly and Geoff isn’t interested in anything serious. But fate intervenes as their feelings deepen. Alex must decide whether to relocate to Iowa from LA, and Geoff must place faith in his future.

Around a hundred miles, he turned onto I-29 to go north.

He pulled off at the first exit and headed for a fast food place. This had been fun. Best time he’d had in days. He sat back and slapped his thighs.

In response, without giving it further thought, he gripped her shoulders, brought her toward him, and kissed her.

When he released her, she breathed out, “That was unexpected.”

“For me, too. But not at all unpleasant.”

She remained only inches away, her breath grazing his face. Her eyes didn’t leave his. Without uttering a word, she invited him to return to the scene of the crime. So he did. Big time.

When she didn’t back away, he increased the pressure on her mouth, drew her closer, his arms encasing her, his right hand massaging her back. His left hand remained at her waist, awaiting its destination.

Though spontaneous—yeah, there’d been some kind of vibes going on since Pella, but it wasn’t like they’d been flirting or engaged in more serous sexual byplay—neither seemed shocked nor turned off by their actions. It was like they’d both been waiting for some sign from the other since the day they first met.

When had he last made out in a car? Not since college. Maybe even high school. Forgotten how the intimacy of front seat lip lock could give a guy such guilty pleasure. Could send his insides into overdrive, even in broad daylight.

Broad daylight. Right. Get control of yourself, man. 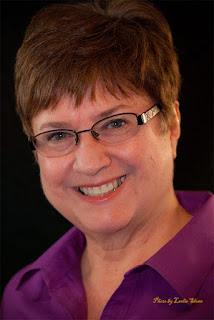 Barbara Barrett spent her professional career as a human resources analyst for Iowa state government, and that training has stayed with her in her writing of contemporary romance fiction. Now retired, Barbara spends her winters basking in the Florida sunshine and returns to her home state of Iowa in the summer to “stay cool.” Married to the man she met her senior year at the University of Iowa, they have two grown children and eight grandchildren. Keeping It Casual is her seventh romance novel published by The Wild Rose Press and her third and final one in the “Matchmaking Motor Coach Series.” Her previous works include: And He Cooks Too, Driven to Matrimony, Saved by the Salsa, The Sleepover Clause, Tough Enough to Tango and Seduction on Wheels.

Tsu   http://www.tsu.co/bbarrettbooks
Posted by Jana Richards at 12:30 AM