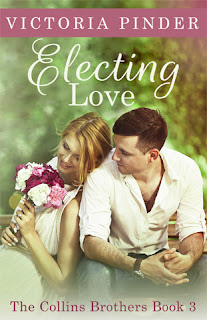 Electing Love was a book where I could talk about politics but only in a romance novel. The hero was running for office. Perfect. I taught AP US Government every year of my life for a decade. I have a lot of knowledge on how elections run. As a writer we’re not to talk about politics on social media but I spent my life studying politics. So it’s hard to say ‘don’t talk about what you know the most about.’ I get not alienating readers but I’m also a government teacher and I know more about how it works than anything else, and my job is to share my knowledge. So it’s like one part of me cannot speak publicly about the other part of me. With Electing Love I wrote a book where the character, Gerard, is running for politics. Now I could infuse real life into the novel.

My father said I will never be a real writer until I write a murder mystery. When someone dies in chapter one, then I’ll be a real author. He meant it as a joke but then again he did give me the Agatha Christie books to read as a young girl. While I love a good mystery, I’ve not written one yet.

Once in a while there is a plot idea that comes to me, but 99% of the time it’s a character. I cannot write anything without the characters. Now some inciting incident might make my mind wonder ‘who would be involved with that?’ and then I figure out who that person is. Once I have a clear character in mind, then it’s easier to construct the character journey.

What book for you has been the easiest to write? The hardest? The most fun?

The easiest to write was Daniel and Kate’s story, Borrowing the Doctor. Kate was very clear in who she was right up front. With Electing Love, Nicole revealed things more dramatically as she’s an actress. She kept things personal for a while so she was harder to coax out of her usual facade.

I like to write in the same place. I used to write on my couch in the corner but my husband bought me a recliner. So now I use the recliner, all the time. It’s my base to sit and think and write.

I live in Miami now though I grew up in Boston. I still consider Boston where I am from, but Miami is different and fun. I’ve lived here for 13 years full time, so it’s been a long time. I’ve always written in my life, but I started the romance journey seriously in 2010. I knew NOTHING so I had a lot to learn.

How does life prepare us for anything we do? We get to experience different things and get to be exposed to things that we never expected. This changes us, despite what we say. The old saying ‘you lie down with dogs, you get fleas’ is a negative way of looking at who you spend your time with influences your life. I tend to float in life and everything that happens helps me grow and change as a person. It’s just part of the journey we are all on.

I wanted to be an astronaut as a girl. However the whole 20/20 vision ruined that dream. I think the rules changed but then NASA doesn’t exist anymore. So I can’t plan on being a starship captain and I had to make other plans.

On real people, NO. Absolutely not. However if someone does something interesting or upsetting around me and that incident makes me wonder, it can make it into a novel.  So how do I choose names and physical descriptions? I don’t know about names. It comes when I’m learning my character and who they are really. I could not write The Zoastra Affair until I understood the main character was Ariel and she was completely misunderstood by me for almost a year. Once I understood she was a good person then the novel came together. (I had thought her the villain.) As for physical descriptions, my mom is blonde and blue eyed. I have brown hair and brown eyes. As a girl she hated to buy me blond dolls and told me ‘you’re beautiful’ all the time. I remember my mom always said we are all different looking but beauty comes from within. So I always remember that the most important part of any character is her personality.

The best way is to sign up for my newsletter. You can get a free copy of Returning for Valentine’s Day in exchange for signing up. http://victoriapinder.com/returningforvalentineshorttimeoffer

Actually I’ve been working on my Morgan series a lot. I have one more book in the Collins brothers series that I intend for 2017, but the Morgans have taken over my thinking. The first book is set to release September 19th, Secret Crush, in the House of Morgan series. I’m currently working on book 5 of that series. The Morgan family have a lot of family drama that comes with the billions.

Bold Women and the Brainy Men who love them.

I wanted to capture a sense of who I actually write. I can’t write stupid men and I certainly don’t like to read or write about women who whine all the time but do nothing to fix themselves. I read once that in romance the heroine has to be someone who would be your reader's best friend. If that statement is true, then I have to write for women I respect and admire. She’s not perfect, but my friends and I generally have a 'you only get one life so make it count' attitude. So a trait my heroines all have in common is a take charge, bold attitude.

Gerard Collins is running in the election for Massachusetts U.S. Senator. He put his name on the ballot to help his FBI agent brother crack a crime family. But the masquerade gets more complicated when his Campaign Manager insists that he’s going to need a political wife.

Movie star Nicole Burns aka Nicole Wyland makes millions staring in romantic comedies, yet she’s never been in love. She left Cape Cod to escape her family and sought to pretend to be anyone else other than Nicole Burns. She goes back home to figure out who she is.

When she saw Gerard Collins was running for office, she intended to confront him over his part in
her sister’s mental breakdown. But sparks fly and helping him win is far more interesting to her, and her sister’s complicated past stops becoming a barrier to romance. He’s nothing like what she thought, and the fake engagement is becoming excitingly more real the longer she stays. 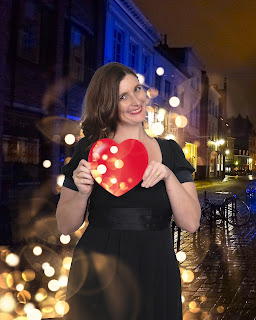 Victoria Pinder grew up in Irish Catholic Boston before moving to the Miami sun. She’s worked in engineering, after passing many tests proving how easy Math came to her. Then hating her life at the age of twenty four, she decided to go to law school. Four years later, after passing the bar and practicing very little, she realized that she hates the practice of law. She refused to one day turn 50 and realize she had nothing but her career and hours at a desk. After realizing she needed change, she became a high school teacher. Teaching is rewarding, but writing is a passion.

During all this time, she always wrote stories to entertain herself or calm down. Her parents are practical minded people demanding a job, and Victoria spent too many years living other people’s dreams, but when she sat down to see what skill she had that matched what she enjoyed doing, writing became so obvious. The middle school year book when someone wrote in it that one day she’d be a writer made sense when she turned thirty.

She’s always been determined. She is amazing, adventurous and assured on a regular basis. Her website is  www.victoriapinder.com.