Darlene Fredette visits with a look at the sixth book in her Redford Falls series, DERAILED HEARTS. She's playing Quick Five with answers to five questions about her favorite things. Congrats on the new release, Darlene! 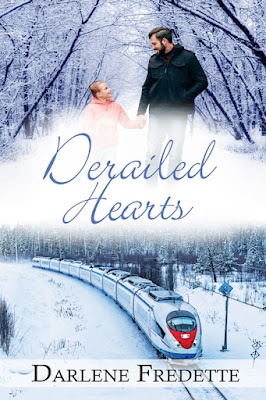 Thank you, Jana, for allowing me to share my new release with your followers!

Derailed Hearts is the sixth book in my Redford Falls series. Each book reads well on its own with many characters from previous books making an appearance. There is one character introduced in the very first book who makes an appearance in subsequent books. Though his presence may be short, he’s definitely a significant character. I’m talking about Thumper, the mysterious matchmaker in the form of a rabbit. Thumper is only a folklore legend…or is he? Those who believe in him, appreciate his power to unite destined hearts. Sometimes his attempt to play cupid is obvious and other times he is quite coy. But once someone has a ‘sighting’, love is in their future whether they are looking for it or not. Be sure to keep your eyes open for the mysterious matchmaker to make his appearance in Derailed Hearts! 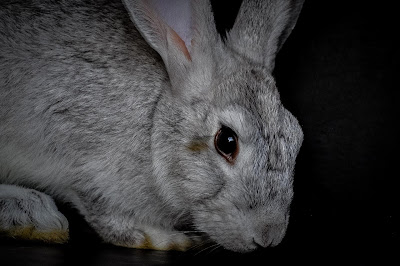 Favorite sightseeing – Peggy’s Cove, it’s a historical landmark and has awesome views of the Atlantic Ocean.

Favorite pie or cake – Both, if they have strawberries!

Country life or city life – a little bit of both, weekdays in the city and weekends in the country.

What’s your favorite kind of sheet?  Flannel and fleecy, the softer the better, but then I’m so comfy I don’t want to get out of bed, lol.

Nana Marley has her heart set on more great-grand babies, and with the help of a folklore legendary rabbit, she might receive her wish.

Single father and ER doctor, Ethan Marley, is ready to put down roots. He and his daughter embark on a train adventure across Canada from west to east coast. Boarding the train, he meets a woman who steals his breath, and he learns that she too is headed to Redford Falls. He is intent on maintaining a friendship only, but Jenn makes his heart race faster than the train.

Fashion designer, Jenn Martini, travels by train to Redford Falls to visit her father. Her plan for a solitude escape derails after meeting Ethan and his daughter. Sharing a confined-spaced cabin sparks an immediate attraction, and by the end of the trip, she longs to be a part of their family. Only as she opens her heart to love, do the scars from her past begin to heal.

With more in common than relatives in Redford Falls, is their love strong enough to overcome the truth behind the accident…and save their future?

Avery pointed to herself, Ethan, and then Jenn.

Ethan rested his forehead against his daughter’s. “You want Jenn to come, too?”

The little voice in Jenn’s head told her to return to her cabin and to stay clear of Ethan and his daughter. They were as enticing as strawberry ice cream. “I would love to join you.” The words fell from her lips.

Ethan stood and set Avery on her feet.

The child held onto her father’s hand and reached outward with the other.

Jenn accepted the tiny hand and in doing so, she sensed a comfortable connection to this family—a connection she suspected would be incredibly hard to break.

Darlene resides on the Atlantic Coast of Canada where the summers are too short, and the winters are too long. An avid reader since childhood, Darlene loved to develop the many stories coming to life in her head. She writes contemporary romances with a focus on plot-driven page-turners. When not working on her next book, or painting, or drawing, she can be found with her husband, her daughter, and her yellow Labrador.

Other Books by Darlene Fredette: