Character Interview with Tamara from BEYOND THE FALL

Diane Scott Lewis is my guest today and she's sharing an interview with her character Tamara, a modern woman who time travels to 1789. I love time travel romances (OUTLANDER anyone?) Diane wants to let you know that BEYOND THE FALL is on sale for .99 cents for the next two weeks!

Diane Scott Lewis’ time travel BEYOND THE FALL is ON SALE for two weeks, only .99! 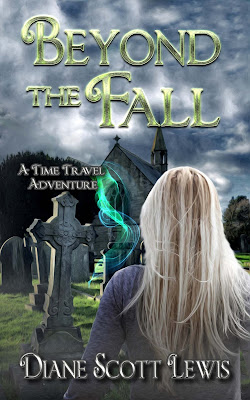 Tamara Ledbetter travels to Cornwall, England and researches her ancestors. In a neglected cemetery, she scrapes two fallen headstones together, faints, and wakes up in 1789, the year of The French Revolution, and grain riots. Farmer Colum Polwhele, a man with his own secrets, comes to her aid. Can a sassy San Francisco gal survive in this primitive time and fall for Colum, or will she struggle to return to her own time?

Q: Tamara, why did you travel to Cornwall in the first place?

A: The trip was first planned with my husband, Mister-the-oh-so-important-doctor. I wanted to research my Trembeth ancestors in the village of Shevioke. Then, well, Michael informed me he no longer loved me and was moving out to live with his nurse. I was simply tossed aside. But you know, I discovered I didn’t care that much. We’d grown apart. I was just shocked and angry at the timing.

Q: So you went alone and ended up in a neglected cemetery?

A: Yes, I was surprised the village was run-down, deserted, the cemetery overgrown. I tried to lift a fallen headstone, then the strangest thing happened. Like an earthquake, burning smells, and I did something I never do…I fainted.

Q: How did you react when you first woke up in the eighteenth century?

A: Absolutely flummoxed, as they say. At first, I was just amazed that the cemetery was cleaned up, the church no longer half-fallen in, the village in complete repair. Everyone was in old-fashioned clothes. I thought I was caught in a reenactment. Or a festival of some kind. But how long I must have been unconscious for all the preparations to happen freaked me out.

Q: Then you tried to return to your car?

A: I did. But a drunk accosted me, thinking me a whore because I wore a short skirt. I thought he played his part too well, you know, in the reenactment. He got rough, and a man on a horse rode up and chased the drunk off.

Q: And this was your knight in shining armor?

A: A young farmer named Colum Polwhele, he was very nice. But he insisted on playing the eighteenth-century part. I was annoyed by this time that people insisted they were in the past, when I knew that was impossible. He walked me to where I thought I’d left my car.

Q: But it was no longer there, right?

A: The parking lot was a field, no car. Then Colum saw two riders, got angry, threw me on his horse, and off we galloped. I yelled at him to stop. But things got totally weird. There were no paved roads, no telephone or electrical wires.

Q: Then he took you to his friend’s home?

A: Even weirder! A house with no modern appliances, no electricity, not even switches to turn on lights. I swore it must be historical and kept that way for tourists. Colum argued with his friend, who didn’t trust me. He thought I was a spy. Sure. They were into something underhanded, those two. Colum questioned me, doubted my story completely.

Q: What did you do? Did you finally realize you were in the past?

A: I began to panic. Nothing made sense. I had to decide if I was insane, or I’d actually gone back two hundred years. It was 1789! And these guys thought I was a spy because my ancestor was their enemy.

Q: Did Colum help you, as in, were you two attracted to one another?

A: He is handsome, quite the gentleman compared to my a-hole husband. Yeah, we started to feel an attraction. But we had so much to overcome. Am I really stranded in the past? Is Colum involved in stealing grain? Can he handle a bold, modern woman? How do we figure this out? We both could end up hanged!

Q: Well, I’m dying to know more. I hope readers will pick up a copy of Beyond the Fall, to share your adventure.

To purchase Beyond the Fall: https://www.amazon.com/Beyond-Fall-Diane-Scott-Lewis-ebook/dp/B07HDFRLT4

Why had the village been abandoned so completely? Sadness hung over the area like a fog.

At least one of her ancestors had a manor house in the vicinity that was still intact: the Elizabethan Roscarrock House from the pamphlet. She’d try to locate the place when she left the cemetery. The Trembeth family had settled in this area in the fifteenth century, mostly involved in mining.

Approaching a fallen headstone, she bent, brushed away dirt, and swore the name Trembeth was etched in the mossy granite. But the years were difficult to decipher. Another stone appeared to be buried beneath this one.

She kneeled and strained to move the top stone, scratching her fingers. The wind swirled her hair again. She blew strands from her mouth and continued to scrape the top stone across the bottom to jar it off, the sound strident. Her arm muscles started to ache. A burning smell reached her nostrils, and she glanced up.

Suddenly, she grew lightheaded. Dampness soaked through the skirt where her knees pressed the earth. The ground trembled beneath her. An earthquake, in Cornwall?

Nausea bubbled up inside. The church and churchyard shimmered around her, like an out of focus photograph. She tried to pull back her hands, but they seemed glued in place. Stifling a cry, she felt what seemed an electric shock pierce along her spine. She grew dizzier, her heart pounding, and then crumpled over like a rag doll into the moist grass. 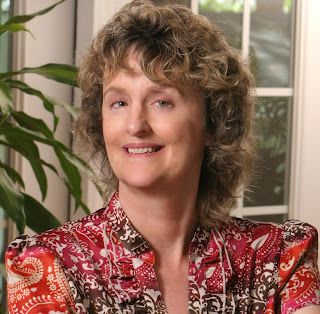 Diane Parkinson (Diane Scott Lewis) grew up in the San Francisco Bay Area, joined the Navy at nineteen, married in Greece and raised two sons all over the world, including Puerto Rico and Guam.
A member of the Historical Novel Society, she wrote book reviews for the Historical Novels Review. Diane worked from 2007 to 2010 as an on-line historical editor. She had her debut novel published in 2010, and has had several historical and historical-romance novels published between 2010 and 2018.

Diane lives with her husband in western Pennsylvania.
Posted by Jana Richards at 12:30 AM