I'm pleased to have Ann Everett back at Journeys with Jana for a return visit. Did you know August is National Read a Romance month? I have to confess I didn't, though for me, every month is read a romance month. Ann gives us a brief history of this national event, and tells us about her newest release, CHIRP, published by Amazon Kindle Press. Welcome, Ann! 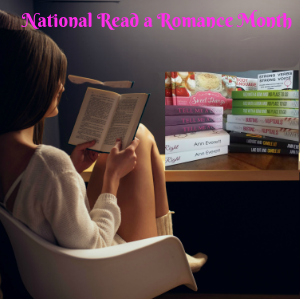 August is National Read a Romance month, so I thought I’d do a bit of research about how the romance novel has evolved.

According to Wikipedia, Mass Market romance really took off after WWI. Category romances in the 1930’s, and in the USA modern romance genre fiction was born in 1972, with Avon's publication of Kathleen Woodiwiss's The Flame and the Flower; it was the first of the modern "bodice ripper" romance novels.

Over the years, many genres of romance have developed. One of the latest is New Adult Romance, which rose in popularity in 2012 due to many self-published books.

My latest romance, Chirp, falls into that category, which means the characters are in their twenties. Having been named a Kindle Scout Winner, Chirp is published by Amazon Kindle Press. 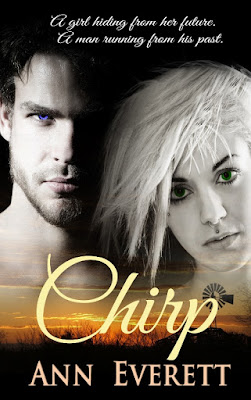 Chirp
A woman hiding from her future…

Heiress to the largest steel company in America, twenty-year-old, socially awkward Blaze Bledsoe hides out at Dessie Bishop’s farm. For the last three years, Blaze has eluded one investigator after another, but just when she thinks she’s safe, a PI closes in. Her luck is about to run out in more ways than one.

A man running from his past…

Rance Keller, a tough, hard-living ex-con, fresh out of prison for a crime he didn’t commit, arrives to claim the house his grandmother left him. Finding a strange girl living there, his plans for a solitary life take a turn. Her lack of modesty, no filter, and word of the day fetish baffles him, but those big green eyes and sweet mouth have him losing sleep.

Where two damaged people with secrets, discover trust can lead to passion.

Only thirty-nine years old, Ginny Elliott had met her demise when her biker boyfriend failed to negotiate a turn. Thank goodness she’d worn a helmet. Camouflaging a mangled face presented a challenge. Being tossed ten feet into the air before landing on the hard pavement had proved too much for the rest of her bones.

Ginny was dressed in a leather jacket and low-cut tank, her voluptuous breasts swelling over the top. Nothing like formaldehyde to pump up a woman’s upper thorax. Blaze tugged at her own T-shirt, conscious of the small boobs she’d been blessed with. Removing the pencil from behind her ear, she scratched out part of the note and made changes.

Proper shading and contouring made women appear pounds lighter and years younger. Once Blaze had finished, Ginny looked like a Harley Harlot. Blaze always regretted the client couldn’t witness the magic. She jotted another message, tucked it into Motorcycle Momma’s pocket, and zipped it.
“When you get to heaven, give this to Larkin Montgomery. You’ll recognize her because we look alike.” With only a few pictures for comparison, she wasn’t sure about that. The older she got, the less she remembered about her mother.

With her supplies back in place, Blaze peeked into the hallway. The coast appeared clear. No Cameron waiting to walk her out. Maybe she’d finally been rude enough for him to get the message.
Outside, a sharp February breeze cut at her face, but spring hid right around the corner. Almost time to break up the garden spot. Even though she liked living alone, she missed Dessie. The sweet woman had left the place to her only grandson, but Blaze would never meet him.

Since he was serving a fifteen-year prison sentence. She’d be long gone by the time he showed up.

Rance stepped outside and followed the aroma of bacon to Bubba’s Diner. Just what he needed after going heels to Jesus all night. He removed his last cigarette and tossed the package into the blue trash barrel at the corner of the building. Really should give up the bad habit, and he would. Later.

It occurred to him, last night’s tag-team event with the BFFs, had fulfilled his goal—fifty-two women in fifty-two weeks. No more pressure. With an early start and few stops, he could make it to Bluebird in one day. Grab a quick breakfast. Crank up the Harley. Hit the road. Couldn’t wait to see the place again. Enjoy the seclusion and relax in his grandmother’s old claw-foot tub. That’s what he loved about the little country town.

Everything remained the same. Never any surprises.

Award winning and Amazon Best-Selling author, Ann Everett embraces her small town upbringing and thinks Texans are some of the funniest people on earth. When speaking at conferences and to writing groups, businesses, book clubs, and non-profit organizations, she incorporates her unique brand of wit, making her programs on marketing, self-publishing, and the benefits of laughter, informative and fun.

A top reviewer on thenextbigwriter.com, she lives on a small lake in Northeast Texas where she writes, bakes, and fights her addiction to Diet Dr. Pepper.

Ten things you won’t know about Ann by reading her bio: