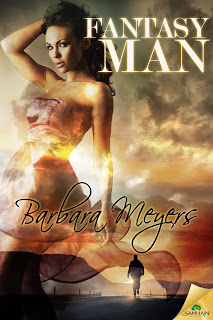 I love secondary characters. They're fun to create because they can have quirks and foibles that would be inappropriate for a hero or heroine. My guest Barbara Meyers is here to talk about her very unique secondary character, Vinnie. Take it away, Barbara!

Someone Unexpected
Vinnie “The Nose” Pellegrino made an appearance in the original and every single revised version of Fantasy Man. (And there were a lot of revised versions.) He was always the villain, the skeptical member of the mob organization who’d never been the boss’s favorite even though he was a distant blood relative. But Vinnie’s gift is ferreting out information through his own elaborate network which the organization knows nothing about.

In my head Vinnie vaguely resembles a 40-something version of the actor Danny Aiello, but with a more prominent nose. He’s not physically very attractive, has that kind of big-guy, not-in-great-shape physique. Vinnie’s not good with people. He’s better with inanimate objects like computers. He’s also not much of an enforcer. He’s kind of a mob hanger-on who’s kept around because of his family connection and his ability to get information when it’s needed.

So who better than Vinnie to be hunting for my heroine?

As a writer I’ve learned that no villain should be all bad. So in my final revision of Fantasy Man (my last ditch effort to get it published after my wonderful editor Noah Chinn had initially turned it down and told me why) I gave Vinnie a pair of ferrets because I wanted him to care about something.

That something couldn’t be human. Nor could it require a lot of care. It had to be something he could interact with (so not goldfish), something that didn’t require a lot of attention (so not a dog) and something fairly low maintenance. I honestly don’t know where the idea for ferrets came from, except maybe Vinnie’s nose for ferreting out information might have helped. I learned during my research that ferrets sleep up to 18 hours a day. There are two of them to keep each other company. Vinnie set up a room for them. He buys them treats. In return they entertain Vinnie. Without requiring too much from him emotionally.

In almost every review of Fantasy Man, Vinnie and the ferrets are mentioned. Noah says because the ferrets are something unexpected that’s what readers are picking up on. They certainly added dimension to the story and we see a side of Vinnie we otherwise would not see. He’s not a very proficient “mob guy” and he bumbles his attempts to capture Quinn. But Vinnie’s relationship with his ferrets make him a rather sympathetic villain and I’m glad. Fantasy Man is a mix of romantic comedy and light suspense which is a perfect fit for someone like Vinnie.

Quinn Fontana never thought witnessing two murders would lead to her first taste of freedom. But when her overprotective brother puts her on a plane for L.A. to hide until it’s time to testify, she can’t stop the shiver of anticipation.

If her life is going to be cut short, she plans to live it to the fullest. And that includes seducing her intended protector—her brother’s best friend and star of her private fantasies.

When security consultant Reif Callaghan awakens after a rowdy night out with his coworkers to find a warm, willing woman in his bed, he’s almost past the point of no return when he realizes it’s Quinn. And he’s come way too close to debauching his best friend’s little sister.

Her enticing offer—one night, no holding back, no regrets—is a temptation he can’t resist. Until he realizes she’s been hiding a piece of vital information that could cost not only their one chance to turn fantasy into reality, but their lives.

The next morning, when Reif went to get a fast-food breakfast for them, Quinn insisted he bring the ferrets inside so they could run around for a bit. Reluctantly, Reif did so. He balled up the wrappers from his breakfast sandwich and hash browns and tossed them across the room for the ferrets. Their interest in them lasted about thirty seconds. Quinn and Reif had decided to drive straight through to Coral Bay, swapping the wheel every time they stopped for gas.

“The only thing is…” Quinn began.

“Those two.” She pointed at the ferrets who were digging inside the waste paper can they’d knocked over. They managed to get the lid off an empty drink cup and the melted ice drained into the carpet. “We’ll have to let them out some of the time while we’re driving. They can’t be caged up for two whole days.”

Reif rubbed his eyelids. His eyes were still bloodshot but he wasn’t sneezing as much. “I’m going to need some more pills.”

When Quinn wasn’t driving she let the ferrets out for an hour or so, doing her best to keep them away from Reif. But once, when she was settling Pudge back into the carrier, Fudge leapt into the passenger seat. He seemed to like Reif. Quinn wasn’t a hundred percent sure, but she thought Reif’s attitude toward the wily creatures had softened a bit. Fudge set his feet on the center console and sniffed Reif’s sleeve, then gave a tiny sneeze.

Reif picked up his package of allergy medication and held it out to the ferret. “Want one?” 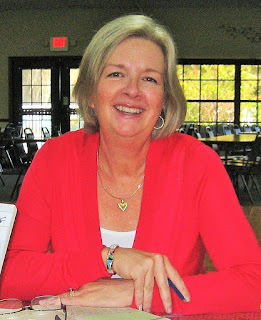 Barista by day, romance novelist by night:  When not writing fiction, Dr. Seuss-like poetry (for adults) or song lyrics, Barbara Meyers disguises herself behind a green apron and works part-time for a world-wide coffee company.

Her novels are a mix of comedy, suspense and spice and often feature a displaced child.

Barbara is still married to her first husband, has two fantastic children and one almost perfect dog. Originally from Southwest Missouri, (she blames her roots in the Show Me state for her somewhat skeptical nature) she currently resides in Central Florida.