An Interview with Kat Henry Doran 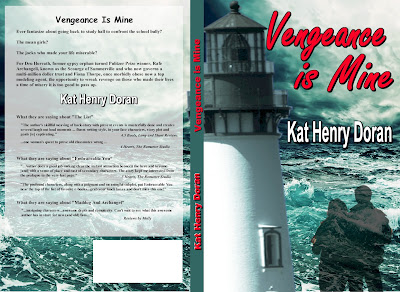 Kat Henry Doran, the author of the newly released VENGEANCE IS MINE, is here today for an interview. Kat is a fellow Wild Rose Press author, and I'm honored to have her on Journeys with Jana.

Jana: Where did you get the idea for your new novel?

Kat: Vengeance Is Mine was originally published a few years ago in three separate novellas from the Class of '85 series out of the Wild Rose Press. After I obtained my rights back, I decided to independently publish them under one cover with a new title. The germ for the original series began as four high school friends who travel back to their home town to collect an inheritance from a now-deceased friend. This theme never worked out for a number of reasons but it soared as a reunion series.

Jana:  Do you have any words of advice to beginning writers?

Kat: Take all the help from more experienced authors you can get. Take classes, on-line and in-person. Try to attend at least one major conference [more than 10 participants] each year. Listen to what experienced authors tell you—even if you don't agree with it. Take the cotton out of your ears and stick it in your mouth.

Jana: That's great advice Kat! When were you first published and how did that happen?

Kat: I was first published in 2004. This was after ten-eleven years of listening to more experienced authors [even when I didn't like what I was hearing], attending conferences and workshops, and staying true to myself and my story ideas. Eventually I was able to hold the books of my heart in my hands. It was the most miraculous feeling in the world, and I still remember it. There is no other feeling like it, except the day I held my first-born daughter in my arms. I guess 11 years may feel like a long journey but there are members of my local writers group [from back in 1993] who are still struggling to get published.

Jana: What comes first for you – plot or character?

Kat: I'd have to say plot comes first for me, in terms of the classic “What If?” question. I muddle that around for a bit, sometimes days or even months, then I fit the characters to the plot. It is rare that I 'find' the character first, but it has happened.

Jana: What do you hope readers gain from your stories?

Kat: I like to write stories that teach while at the same time entertain, or even make a reader laugh out loud. Even though the topics are often serious and heartbreaking, I like to bring a humanity and hope to my stories.

Jana: Do you have another occupation, other than writer?

Kat: In my spare time I design and create tote bags and aprons of all sizes, shapes and prices. My preference would be to recycle the fabric from one purpose to another. I can make a mean tote out of an old pair of denim jeans, or a man's shirt, or a tablecloth. It helps with my writing because it takes me to another part of the house and I can use other parts of my brain. In the end, it's another form of creativity.

Jana: I wish you lived closer to me. I'd give you all my old jeans.  How do you think your life experiences have prepared you for writing?

Kat: I often wish some of the jobs I've had, or the things I witnessed or participated in, would go hide in a closet. They always manage to sneak out and take over the story in one way or another. I only recently began adding small children to my story lines because I now have 4 grandchildren to base characters on—and these four are real characters.

Jana: What genre is your favorite to read?

Jana: If money were not an object, where would you most like to live?

Jana: Name two authors we might find you reading when taking a break from your own writing.

Kat: Vince Flynn [now deceased, sadly] wrote a beauty of a CIA thriller series based on a character named Mitch Rapp. Since I have an addiction to audio books, I listen to Mitch all the time. My other favorite would be John R. Maxim [also deceased, also sadly] who wrote a series in the late 1980's into the 90's about a group of contract assassins who want out of the business and live quiet lives in a small town in Connecticut. Unfortunately, there are nut cases in the government who simply can't leave them alone. I reread these books regularly because the characters entertain me and often make me laugh. Any man who makes me laugh is someone to keep around.

Jana: Tell me about your heroe from VENGEANCE IS MINE.

Kat: One of the heroes of Vengeance Is Mine, Rory McElroy, sheriff of Easton County, is assigned to guard a member of the class of '90 while she is in town to pick up an award at the reunion. It's about the last thing Rory wants to do but when he sees Dru Horvath for the first time in too many years and recognizes her as the girl who once rescued him from the school yard bullies, things change drastically. I like him because he is loyal, does not suffer fools, and is not afraid to admit he has a few character defects. He may not make me laugh but he sure makes me smile. Plus, he likes to dance to Gershwin tunes. My kind of guy to be sure.

Jana: Tell me about your heroine.

Kat: The heroine who matches Rory is Dru Horvath. She is a Pulitzer Prize winning photographer who reluctantly [read kicking and screaming] attends the reunion of the Class of '90 only because of the award she's been given. It comes with a great deal of money, funds she'll use to help the nuns who raised her in their golden years. She meets Rory and suddenly roaming the world, documenting abuses committed against disenfranchised populations, falls low on her list of priorities. Dru is loyal to a fault and has a real smart mouth. Now, she makes me laugh out loud.

Jana: How do you choose the names and physical characteristics of your characters? Do you base them on real people?

Kat: In this case, the names came first and the physical characteristics followed, though that's not always the case. Rory is based on Daniel Craig [James Bond] for his screw-you grin and fabulous eyes. Dru is Tinkerbell with a mouth. She needed to be as slight in stature as Rory is, but dark as he is light. It worked for me, for these two are some of my favorites.

Jana: How can readers find you? 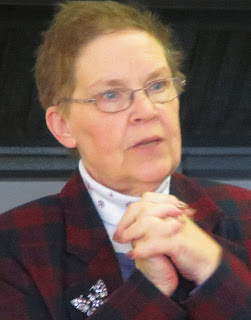 Kat: Readers can find me at:

Vengeance is Mine
From Create Space 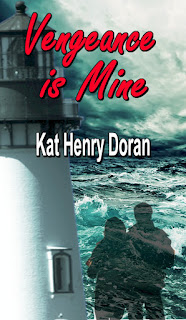 Ever consider going back to study hall and confronting the school bully?

The brainless jocks who made your life miserable?

For Dru Horvath, gypsy orphan turned Pulitzer Prize winner; Rafe Archangeli, Scourge of Summerville, recently appointed head of a multi-million dollar trust; and Fiona “Fat Aggie” Thorpe who recreated herself with an A-list modeling agency, the opportunity to exact vengeance  is too good to pass up.

Will they find revenge?

Or something more important?

For Keeps (written as Veronica Lynch)
From The Wild Rose Press 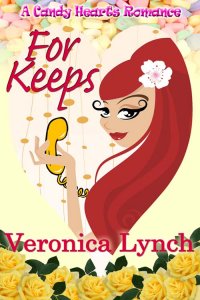 Meghan Muldoon is at a crossroads: struggling to balance the demands of a high stress vocation as an advocate for victims of violence and her feelings for Keenan Rossi, a man who wants to make their relationship permanent.

On Valentine's Day, a series of routine crises force Meg to question staying in a profession which fulfills her both professionally and spiritually--or devoting the rest of her life to the one person who completes her.

Which one is For Keeps?
Posted by Jana Richards at 12:30 AM