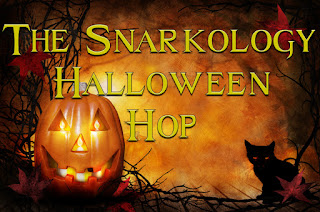 If you're looking for the Snarkolology Halloween Hop, you've come to the right place. Make sure you enter the Rafflecopter contest below and comment here for a chance to win one of my books. Read on!

Ever wonder why we celebrate Halloween? Where did the tradition of carving pumpkins come from?

It all started long ago with the Celts. They lived in what is now the United Kingdom and western Europe. The Celts held a festival in the fall of the year to celebrate the end of summer. This festival was called Samhain. There seems to be a lot of different ways to pronounce Samhain - Sam-hane, Sow-in, sow-en, sow-an, soow-an, sow-ween. You pick your favorite pronunciation.

The Celts believed that during Samhain, the line between this world and the next was at its very thinnest. Those who’d passed on could return, their souls often inhabiting the body of an animal, like a black cat. To this day, black cats are looked at with suspicion.

To celebrate the harvest, Celts would go door to door collecting food to give as an offering to the deities. Young Celts would collect wood and twigs from neighbors for the Samhain bonfires. Out of these traditions, the practice of trick or treating likely developed. 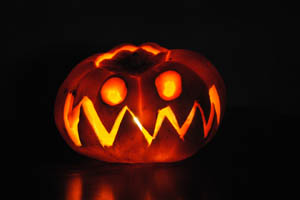 The Samhain bonfires were lit on the tops of hills. The Celts would take home embers of these fires in hollowed out gourds or turnips. But it was scary walking home on those dark fall nights. There could be a lot of evil spirits waiting to pounce on the innocent at this time of year. To frighten the evil spirits away, Celts carved scary faces into their gourds and pumpkins and wore costumes to fool the evil spirits. Hence the custom of wearing costumes began!

It’s amazing to me that these practices and old traditions are still with us today, and we still find joy in the celebration. 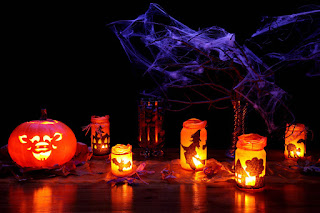 When I was a kid, we’d always have some kind of Halloween party at school. We’d get dressed up in our costumes and have a little parade around the school. I remember flimsy plastic costumes and terrible plastic masks that pinched my nose and were impossible to see out of. Then we usually had some treats, perhaps some candies or cake. It was always fun and a break from ordinary school work.

On Halloween night, the real fun started. My goal was always to hit every house in town (population 700), but I don’t think I ever achieved that feat. But my friends and I gave it a real good try. We’d come home with pillowcases full of candy and treats.

When I got older and couldn’t “treat” anymore, we turned to playing “tricks”. We’d throw eggs at houses (especially the houses of teachers), and wrap toilet paper in trees. I remember one year when somebody dragged hay bales into town and used them to block Main Street. Back in those days there were still some outhouses around, but most of them didn’t remain upright over Halloween! When I look back now, we were really bad!

So I’ve shared some of my juvenile delinquent Halloweens. What are your memories of Halloweens past? What about new traditions? What do you like to do for Halloween? Comment for a chance to win an ecopy of my romantic suspense SEEING THINGS. Make sure you leave your email address or I can't enter you in the contest! I'll pick a winner by November 2. Good luck! 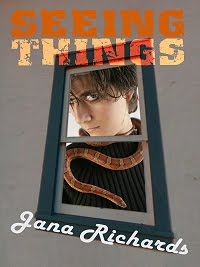 Enter for your chance to win the Hop Wide Prizes:

Remember, please leave your email address with your comment so I can enter you in my contest!
Posted by Jana Richards at 4:00 PM