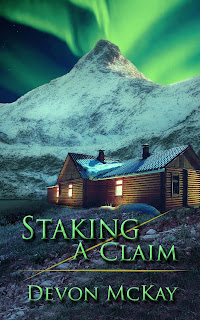 Today fellow Wild Rose Press author Devon McKay is my guest. She has generously agreed to answer a few questions. Let's get to know Devon better!

Where did you get the idea for your new novel?
I lived in Alaska for 27 years but now resided in Ohio. The tourist season always makes most Alaskans cringe a little. Though the additional income and visitors are gratefully welcomed, the usually quiet state gets extremely busy and that can be unsettling at times. After listening to my sister, who still lives there, grumble about the upcoming summer, I got the idea for the story. I hung up the phone and started writing immediately.

Why did you choose this genre?
I’m one of those hopeless romantics. I love a happy ending.

What genre have you never written that you’d like to write?
Horror. I’d like to give it a try.

Horror? That really surprises me, but then I can't watch scary movies at all. When were you first published and how did that happen? Was it a long or short journey?
I was first published last year and my journey was like a whirl wind. I was signed to The Wild Rose Press fairly quickly. I still have to pinch myself.

What is the hardest part of being a writer for you?
Promoting myself and all of the social media. I’m honestly quite bad at it. I have no problem talking about my books. That’s easy because I fall in love with my stories and love to have one-on-one conversations. But twittering and blogging are not my forte.

What do you hope readers gain from your stories?
Personally, I’d just like readers to be able to escape from the real world for a few hours. That’s how I like to feel when I read a good book.

What book for you has been the hardest to write?
My first book published was the hardest. I just didn’t know what to expect and learned so much along the way.

How many books do you have under the proverbial bed? Will they ever see the light of day?
Currently I have about eight. All unfinished and works in progress. I hope to have them all published one day.

Do you write in the same place every day or do you like to change it up?
I have two writing dens. One is at my barber shop and the other is at home. I find I actually get more writing done at work between haircuts. I can’t tell you how many times a client walks in and I hold them off for a few minutes until I finish my train of thought. It’s not good for business, but thankfully, I have understanding customers.

That's really funny Devon! You must be a really good barber! What’s one thing that your readers would be surprised to learn about you?
I am very shy and hate to be the center of attention. This becomes a real challenge when trying to promote my books.

I think shyness among writers is pretty common, or maybe it's just me. Tell us a bit about you. Where do you live, and how long have you been writing?
I live in a small town in Ohio. When we moved from Alaska the dream was to own a small farm and so far we’ve achieved that goal. We raise long horn steers, chickens, goats, dogs and cats. This really is living the dream.

Do you have another occupation, other than writer? If so, what is it? Does it help you with your writing?
I’m a barber and own my own shop in a small town. I’ve been cutting hair since I was seventeen years old, so nearly thirty years now. I love it. And it definitely helps with the writing. I get so many ideas for a great story by talking to people every day.

Do you have any pets? Are you cat person or a dog person? Or are you into totally different pets, like goldfish? What do you like best about your pet?
This is a funny question to me because I just posted something about this on my facebook page. I have three dogs and a cat. Every one of them play a part in the writing process.

What are your hobbies away from the computer?
I like to do stained glass projects in my spare time. Lately, I’ve been replacing the glass from old windows with clear, wavy glass and prisms. Though, I’m a writer, I’m not describing the pieces very well. They actually look quite lovely when I’m finished. Also, my husband and I spend a lot of time at our cabin where we like to fish and ride four wheelers.

What did you want to be (occupation-wise) when you were a child?
A ballerina, but I have two left feet and happen to be as graceful as a newborn colt. I’ve always been a dreamer.

What do you like best about your hero in Staking a Claim?
Blake is so outdoorsy. He is completely at home in the feral wildness of the Alaska wilderness.

What do you like best about Staking a Claim's heroine?
Samantha Held is career orientated. In fact, she is so driven it becomes one of her downfalls, a character flaw which I believe makes her relatable.

Tell us a little about your current work in progress.
At the moment, I’m working on a story called Betting On Kincade where a woman loses her ranch in a drunken bet made by her stepfather. As if that’s not bad enough, she finds the new owner is her soon to be ex-husband.

What’s your tagline? Why did you choose it?
I have two taglines. The first one simply ties the romance and the title together and the second one I chose because it’s the tag line my main character came up with to promote tourism in Alaska.
She staked a claim on his heart.
Live Alaska. If only it was so easy.

Do you have an event coming up you’d like to tell us about?
Yes. September’s been a huge month for me. I resigned my first book, Cowboy On The Run, with Amazon Encore and it made its debut on September 1st.

Tell us about your current release.
In Staking A Claim, my heroine, Samantha Held, goes to Alaska on a job assignment to promote tourism in the state in hopes to land a partnership position in the advertising company she works with. However, butting heads with Blake Strickland, a gruff Alaskan man, who happens to be quite territorial about the state wasn’t part of the plan. 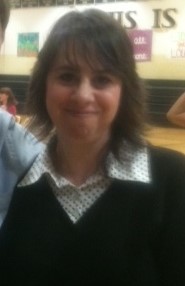 Living in Alaska for 27 years, Devon McKay has many exciting stories to tell about the state. On several occasions, she was chased by a mother moose defending her young, stalked by a bear, endured temperatures of forty below and once was even trapped in an avalanche. She loved every minute of it!

After writing her first novel, Cowboy On The Run, she now calls a small ranch in Ohio home with her loving husband and teenage son. Although the farm life is slightly more laid back then the perils of Alaska, Devon enjoys the slower pace of the country lifestyle which gives her plenty of time to follow her passion of writing.

For most people, seeing Alaska is a dream come true. For Miami Beach resident, Samantha Held, it is merely a job assignment. Creating an advertisement for vacationing in the state gets her one step closer to achieving her career goal—partnership in Kolinsky’s Advertisement Agency.
Blake Langford is not willing to accept any exploitation of his beloved state, no matter how desirable the striking, southern blonde bombshell with fiery green eyes is, and he’s determined to sabotage Sam’s goal in every way. Falling in love with the enemy, however, was never part of the plan.

Fuming, Sam held his gaze as she considered his offer. She couldn’t have asked for a better opportunity to be dropped into her lap. She could learn everything she needed to know about Alaska and have a handsome, but overly protective, guide of the state to show her. Not to mention what his knowledge could do for the brochure.

It would also mean more time in his temperamental company.

Sam considered her options. She had gotten lucky finding Carlton Landing, but what about locating her elusive hotel? As proven last night, it was more than evident she couldn’t even read a map correctly. So, what real choice did she have?

She pictured her new office…the view of the ocean…the partnership. She was willing to take the chance. Besides, she’d never been the kind of girl who shied away from a challenge. Hell, so far, her life had been a series of challenges.

“It’s a deal.” Her voice came off cool and professional despite the quickening of her heartbeat. She offered her hand to shake on the agreement. “We haven’t officially met. Samantha Held. I go by Sam.”

“Blake Langford.” He extended his, grasping her hand and repeating the name she already knew by heart. He held onto her grasp for a minute longer than necessary. “I go by Wolf.”

Again, the breathtaking grin resurfaced, and an odd pulsation spiked through Sam, leaving her insides quivering like a bowl of gelatin as she second guessed her decision.

What kind of fool makes a deal with a man called Wolf?