DANCE TO A WYLDER BEAT by Marilyn Barr

Marilyn Barr joins me today to talk about 5 Things she learned about the old west while researching her upcoming historical western romance DANCE TO A WYLDER BEAT. Marilyn is holding a Cover Reveal for her book tomorrow (April 24/2021) on Facebook along with the other authors from The Wylder West series. Make sure you stop by! 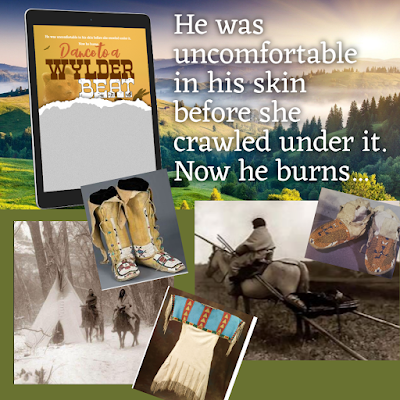 Before I could Dance to a Wylder Beat, I had to learn a few trades to survive on the Sagebrush homestead in Wylder Wyoming Territory. In 1878, life was hard work. Brothers Nartan and Ikshu (pronounced ick-SHOO) Sagebrush are leather tanners who built a homestead on the outside of town when they were separated from their Arapaho band in 1874. By 1878, when Dance to a Wylder Beat begins, they have built a somewhat successful business, homestead, and sheep flock. Here are my five favorite fun facts I learned while visiting the Sagebrush brothers in 1878, Wylder Wyoming Territory. (Images in my graphic come from The Arapaho by Raymond Bial and The Arapaho by Loretta Fowler)

1.       Leather Tanning – Arapaho people were the experts in tanning, leather smith skills, and beading. I was fascinated with the art, fashion, and ceremonial leather goods I found in my research. Their beautiful crafts were the impetus behind giving the Sagebrush brothers the occupation of leather tanning. However, I had no idea how they tanned leather without the modern chemicals developed in the industrial revolution. Luckily for me, the local historical society had a non-mechanized leather tanning class where I learned I would have made a horrible leather tanner. The smell of the urine-soaking vats and conditioners made from cow brains was enough to send me running. The Sagebrush homestead had to be outside of town because the stench would have been a public menace. Removing the hair and strings of fat was done by hand while the skins were stretched on frames in the sun to dry. This was backbreaking work which I could barely perform once let alone every day because I don’t possess the physique of a romance hero…ah-hem….

2.       Travois – While most settlers would travel with a horse and buggy, Arapaho people traveled in a travois. The nomadic people would create a sling from their leather teepee panels draped on one end of their teepee poles. The other end of the long poles would be crossed over the neck of a horse and stretch behind the animal. This efficient engineering allowed for them to carry all their belongings on a few animals. Nartan and Ikshu are not migratory but wouldn’t see the benefits of building or buying a buggy with knowledge of this technology.

3.       Teepees and Cabins – Arapaho people lived in Teepees because they could be easily moved as the herd of buffalo (and other game) moved with the seasons. Nartan and Ikshu had a teepee when they first moved to Wylder in 1874, but Nartan builds a cabin in 1878 when he decides he wants to marry. Ikshu stays in the teepee which has one room serving all living purposes. A platform with skins piled on it had dual purposes as both his bed and couch. Not that Ikshu would have time to be a couch potato. Rotating skins through their maze of soaking vats, stretching frames, and smoking houses would take all day. Not to mention the work maintaining their sheep flock, garden, and meat smokers to have food.

4.       Pemmican – When I thought of the Old West, I thought of the rich American staples such as stew, meatloaf, fried chicken, and biscuits – all smothered with gravy. However, these meals would be reserved for special occasions or after-church brunches of the rich. My struggling leather tanners would only dream of such heavy meals. They maintain a garden, can hunt on their land, and butcher the sheep, but how did they maintain fresh food without refrigeration? The answer is a Native American staple called pemmican. Most of the settlers would be eating plain dried meats, but pemmican is meat pounded with spices, nuts, and berries before drying. It was still tough to eat but at least it had flavor. The Sagebrush boys would be able to make a month’s worth of pemmican in a day and store it without the risk of food poisoning.

5.       Sanitation Papers – I wanted Nartan to prepare something for his intended bride to show her from the first day that he was committed to making her happy. In 1871, sanitation papers were invented which we now call toilet paper. Sanitation papers were sheets of thick paper which could be purchased plain or coated with aloe and essential oils. Nartan buys lavender scented ones to stock the outhouse he digs for his bride. What was everyone else using? Corn cobs, brushes, or old newspapers often hung inside outhouses for multiple uses. Nartan not only keeps Olive fresh with the papers, but he also gives her a bucket of latrine lime with dried lavender to act as “flushing” after she does her business. Nothing says, “I want to care for you” like a fresh bottom. What a luxury!

Travel with me and the other authors of The Wylder West series tomorrow, 4/24/2021, as we party like it’s 1878 in our Facebook group – here. The Sagebrush brothers and I will be revealing their book cover as we “Dance to a Wylder Beat”. Discover all the cowboys, ruffians, saloon girls, homesteaders, and handsome leather tanners who reside in Wylder, Wyoming Territory. I hope to see you there!

Blurb, DANCE TO A WYLDER BEAT:

Nartan Sagebrush's name may mean "to dance" in Arapaho, but he dances in secret. Forced to abandon his Shamanic apprenticeship, he is overwhelmed with homesteader life, and even his spirit guides are at their wit's end. Nartan takes fate into his own hands. Instead of divine intervention, a wife will help with his responsibilities and in assimilating into the Wylder community.

Olive Muegge answer's Nartan's "wife wanted" advertisement.  Wildly independent she has secretly dreamed of a family to call her own. The secret she carries inside makes her an outcast and her wild ways don't fit the quiet wife Nartan thinks he desires.

Despite their differences, they are drawn to each other but a mistake may drive them apart.  Will Nartan embrace his Shamanic past to save them both or will he choose to rid himself of Olive forever?

When I turn back, the men are wrestling in a cloud of dust. Dead Eyes’ friends hoot like owls while a small crowd gathers around the scene. Being half-drunk, Dead Eyes is two steps slower than Nartan, who is landing punches on both sides. When Dead Eyes slams his gun on the ground in surrender, the dust settles, and I can study my future husband.

Nartan’s muscular body straddles the smaller man while his broad chest billows. His hat has blown off in the scuffle, revealing two thick black braids adorned with feathers. Tendrils of raven-black hair wave around his head. “Quiet wife for a quiet life” my bloomin’ butt. This man is a sweet lick of passion wrapped in a delicious exterior. I think I’m gonna like being Mrs. Sagebrush just fine. I can handle an odd stick as long as he has the countenance of Nartan because I’m not as normal as I appear myself. 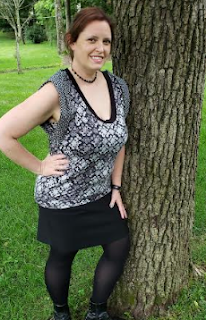 Marilyn Barr currently resides in the wilds of Kentucky with her husband, son, and rescue cats. She has a diverse background containing experiences as a child prodigy turned medical school reject, published microbiologist, special education/inclusion science teacher, homeschool mother of a savant, certified spiritual & energy healer, and advocate for the autistic community. This puts her in the position to bring tales containing heroes who are regular people with different ability levels and body types, in a light where they are powerful, lovable, and appreciated.

When engaging with the real world, she is collecting characters, empty coffee cups, and unused homeschool curricula. She is a sucker (haha) for cheesy horror movies, Italian food, punk music, black cats, bad puns, and all things witchy.