Jean M. Grant is celebrating the audio release of her historical romance A HUNDRED KISSES. Audio is an exciting new format for writers and one that readers love, me included. I love the portability that audiobooks give me; I can go to the gym and still keep up with my reading! Please welcome Jean M. Grant! 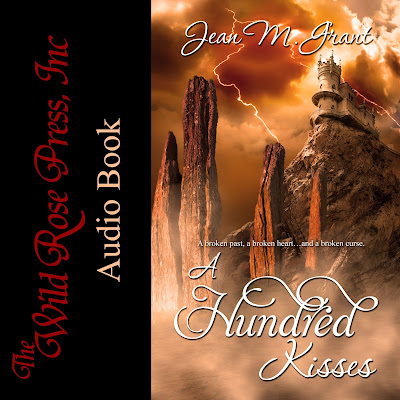 Also available on iTunes.  Link (if you have the iTunes app): A Hundred Kisses (Unabridged)

Also available as e-book from The Wild Rose Press, Google Play, Barnes and Noble, and Kobo.

If you enjoyed A Hundred Kisses in audio, print, or e-book format, be on the lookout for its prequel, A Hundred Breaths, to be released in the upcoming months!

A bit about the audio book process…
I am an avid fan of listening to audio books. When I worked out of the home, they were my pleasant company on the commute. When we take long road trips, the lyrical voices sweep us away and help the hours pass (btw, the Harry Potter series on audio – divine!). So, when I heard that my book’s publisher, The Wild Rose Press, added this opportunity, I jumped at it! After a few months and no bites from narrators, I took the next step: I researched several voice actors available with ACX, emailed them, and hoped for the best. If I learned anything in the past year of my first book’s release, it’s that the author must take initiative in marketing and promotion (and I am still learning and have a massive list of “to-do’s” to attack this fall for two more upcoming books). I was elated that Rosalind Ashford agreed to narrate the book. It was like Christmas each week for me when I received the audio book chapters to listen to and review. She was pleasant to work with and I hope you enjoy her work with A Hundred Kisses as much as I do! Happy reading, err, listening!

P.s. Rosalind stopped by on my blog to tell me more about her background and the recording process.

Bio:
Jean is a scientist and a mom to two active sons. She currently resides in Massachusetts and draws from her interests in history, science, the outdoors, and her family for inspiration. She writes historical and contemporary romances and women's fiction. She enjoys writing non-fiction articles for family-oriented travel magazines and aspires to write children’s books while continuing to write novels. When she finally got to visit Scotland, it was nothing short of breathtaking. Jean enjoys working in her flower gardens, tackling the biggest mountains in New England with her husband, and playing with her sons, while daydreaming about the next hero and heroine to write about...

Deirdre MacCoinneach wishes to understand her unusual ability to sense others’ lifeblood energies…and vows to discover if her gift killed the men she married. Her father’s search for a new and unsuspecting suitor for Deirdre becomes complicated when rumors of witchcraft abound.

Under the façade of a trader, Alasdair Montgomerie travels to Uist with pivotal information for a Claimant seeking the Scottish throne. A ruthless baron hunts him and a dark past haunts him, leaving little room for alliances with a Highland laird or his tempting daughter.

Awestruck when she realizes that her unlikely travel companion is the man from her visions, a man whose thickly veiled emotions are buried beneath his burning lifeblood, Deirdre wonders if he, too, will die in her bed if she follows her father’s orders. Amidst magic, superstition, and ghosts of the past, Alasdair and Deirdre find themselves falling together in a web of secrets and the curse of a hundred kisses…

Print Excerpt:
She sensed no colors in the murky, lifeless water, and it was freeing. All breath escaped her. Muted visions passed before her eyes—her mother, her father, Gordon, and Cortland. Just a moment longer, she thought…
Suddenly, a burst of warm light invaded her thoughts as air filled her lungs. Red-hot hands burned her shoulders and ripped her from her icy grave. She breathed life into her body. She coughed, gagging on the change.
Muffled words yelled at her.
Oh, God, so hot. His fingers were like hot pokers. Her head pounded as she slowly returned to the present. Heat radiated from her rescuer. Somebody had pulled her from the water.
“Wh—?”
“Hush, lass. You nearly drowned.”
His voice was as soothing as a warm cup of goat’s milk on a winter’s day. A red-hot glow emanated from his body. Never before had she felt such a strong lifeblood, and it nearly burned her. She struggled in his arms to get free. She blinked, only seeing a blurry form before her. “Release me!”
She splashed and wriggled, and he did as told. She clambered to the shoreline. Numb and shaken, she began to dress. It wasn’t easy as she fumbled with slick fingers to put dry clothes over wet skin. She instantly regretted her naked swim. She pulled on her long-sleeved white chemise first.
She faced the forest, away from her rescuer. He quietly splashed to shore. His lifeblood burned into her back. He wasn’t far behind, but he stopped. She refused to look at him until she was fully clothed, not out of embarrassment of her nudity, but for what had just happened. He released a groan and mumbled under his breath about wet boots. His voice was not one of her father’s soldiers.
When she put the last garment on, her brown wool work kirtle, she squeezed out her sopping hair and swept her hands through the knotty mess. She fastened her belt and tied the lacings up the front of the kirtle. Blood returned to her fingertips, and she regained her composure. Belated awareness struck her, and she leaned down and searched through her bag for her dagger. She spun around.
She gasped as she saw the man sitting on the stone-covered shoreline, his wet boots off. Confusion and the hint of a scowl filled his strong-featured face. She staggered back, caught her heel on a stone, and fell, dropping the dagger. Dirt and pebbles stuck to her wet hands and feet, and she instinctively scrambled away from him.
His glower, iridescent dark blue eyes, and disheveled black hair were not unfamiliar. Staring at her was the man she had seen in her dream—it was the man from the wood. 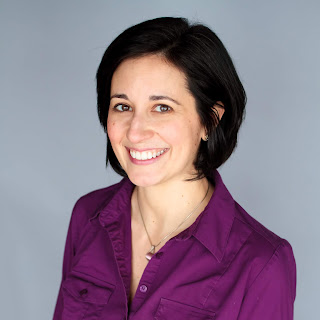 Jean is a scientist, part-time education director, and a mom. She currently resides in Massachusetts and draws from her interests in history, science, the outdoors, and her family for inspiration. She enjoys writing non-fiction articles for family-oriented and travel magazines, and aspires to write children’s books while continuing to write novels. In 2008, she visited the land of her daydreams, Scotland, and it was nothing short of breathtaking. Jean enjoys tending to her flower gardens, tackling the biggest mountains in New England with her husband, and playing with her sons, while daydreaming about the next hero to write about...