After taking some time off in September for some well-deserved holidays with my husband, I'm happy to be back hosting guests. Today's guest is Judy Meadows and she's here to tell us about ESCAPE FROM BEHRUZ, which is on sale at .99 cents for two weeks beginning today. Best of luck with your sale, Judy! 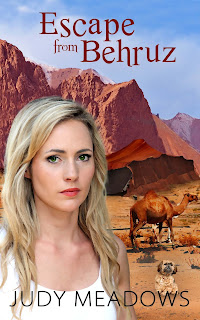 A trek through the mountains with her sick puppy, her baby, her secrets, and the man she is forbidden to love.

To escape the violence in Behruz, Rashid will escort Olivia and the baby through the mountains to Iran , but he won't let Olivia near his heart. Not again. Not after the way she trampled it two years ago.

Olivia accepts his help, but she has no interest in his heart. She's never forgiven him for abandoning her when she needed him most. Still, she has to be careful. He mustn't learn that the baby the world thinks is heir to the Behruzi throne is actually her son. And Rashid's.

Can they make it through the trek, sharing a tent each night, without giving in to the attraction that has always drawn them together? Can Olivia hold in the secret that could destroy her? 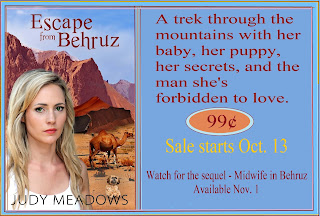 Walking toward the tent of her “husband,” Olivia felt like a bride. The mantle framed her face and fell down her back like a bride’s veil, and the long skirt swayed with every step. Rashid stood in front of the tent talking to Saddiq. He was wearing a long shirt and a wool vest like those worn by the other men. He was holding up a rifle, sighting along the barrel. He said something to Saddiq and handed him the rifle; then he turned and saw the procession of women approaching. Time stopped for several heartbeats when his eyes fell on Olivia. He seemed to straighten up, to become taller, and everything about him became very still.

She met his gaze boldly. The petticoats swished around her legs when she walked. She felt the swing of her arms, the sway of her hips, even the slight bounce of her breasts. All the women stood behind her, waiting for Rashid’s reaction.

“Spin around again like you did for us in the tent,” Fatima whispered to Olivia.

Rashid’s nomad clothes made him look primitive and very male. His eyes were intent on her, like the eyes of an animal watching its prey. He was motionless except for a slight quivering of his nostrils.

Olivia lifted her arms slowly, and the women stepped back away from her. Then she began the
pirouette. She moved as if in a trance. Everything seemed to happen in slow motion. But still the skirt rose, its colors blurring as she spun, and she felt dizzy and flushed when she stopped. She gave Rashid a smile that came from some new knowledge.

“You are a temptress,” he said in English. His eyes were dark pools that beckoned her to tempt and be tempted.

“The ladies are waiting to see what you think of their handiwork.”

He stepped toward her and reached his hand up to touch her face at her temple. Then he slid it down until it cupped the nape of her neck. A shiver of response rippled through her, but she didn’t move.

“She is very beautiful,” he said in Farsi. “The costume is perfect. She is perfect.” He kissed her lightly on the lips. The speculations and remarks of the nomads hushed. A crow cawed in the distance, and then it was silent too. She was mesmerized. She felt possessed. 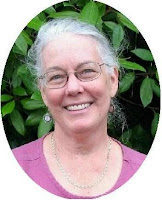