When I opened my email last night I got a surprise. My niece and my nephew's girfriend have been doing some searching into my father's World War Two history and found this link. My Dad served in the Canadian Army in the Regina Rifles, nicknamed "the Farmer Johns" because of all the farm boys in the regiment, and supposedly the number of them named John, like my Dad. He landed at Juno beach on D-Day with the rest of the Canadians, was captured June 9, 1944 and remained a prisoner of war until April 1945.

Fast forward to the summer of 2011. A collector of militaria is given this helmet: 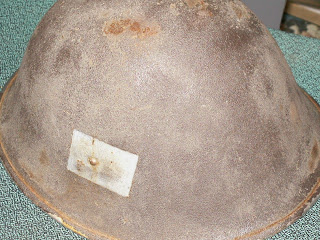 It's pretty rusty and beat-up, but it does have a patch with a number that identifies the original owner. Who happened to be my Dad. 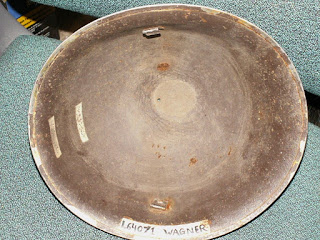 From my Dad's war records, I confirmed the number on the helmet was his. I have no idea how this helmet ended up in farm in Alberta. The previous owner said he didn't know my father. Since Dad was a POW, he came back to Canada with little of his military stuff. I never heard him mention a uniform or piece of equipment that he brought back. I certainly never saw one.

Dad's been gone since 2001. Finding this link to him a day before Remembrance Day is like getting a message from him. Maybe he wants us to tell his story. Or maybe he just wants us to remember.

Please take a moment on this Remembrance Day, November 11, to remember the sacrifices and contributions of soldiers from wars past and present,
Posted by Jana Richards at 12:15 AM