Liz Flaherty, my special guest today, has had a terrific year writing-wise. REINVENTING RILEY, book 2 in her Second Chances series, is her third new release this year! ( A YEAR OF FIRSTS, book 1, Second Chances series, released February 7, 2022 and LIFE'S TOO SHORT FOR WHITE WALLS came out April 20, 2022.) Congrats Liz! She's here to tell us a little about REINVENTING RILEY. Take it away Liz! 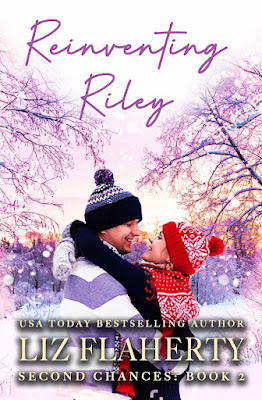 Rye Winters grew up in Chicago, and she loves it there. After many years in a small-town subdivision, the forty-something widow is champing at the bit to go back. She’s sold her business and her house and made plans right down to the kind of apartment she wants to lease or buy—no more lawn-mowing or weed-eating for her! She’s not going to need a car—which is great because she hates to drive. She’d reinvented herself once—she could hardly wait to do it again.

But before making her final move, she goes to Fallen Soldier, Pennsylvania, population 2922, to be her best friend’s “widow of honor” in her wedding.

Where she meets the preacher, falls in love with a cottage on the lake, and can’t stop looking at a downtown building that has so many possibilities. Hmm…

Pastor Jake McAlister and businesswoman Riley Winters are in their forties and widowed. Neither is interested in a relationship. They both love Fallen Soldier, the small Pennsylvania town where they met, even though Rye plans to move to Chicago, and Jake sees a change in pastorates not too far down the road. Enjoying a few-weeks friendship is something they both look forward to.

However, there is an indisputable attraction between the green-eyed pastor and the woman with a shining sweep of chestnut hair. Then there’s the Culp, an old downtown building that calls unrelentingly to Rye’s entrepreneurial soul. And when a young man named Griff visits Jake, life changes in the blink of a dark green eye. 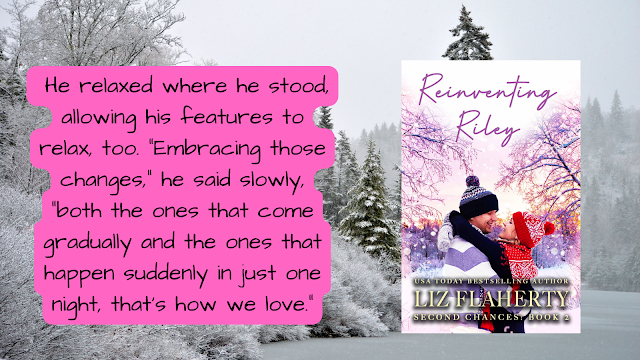 He walked her to the door and waited while she unlocked it.

She looked up. “Do you want a glass of wine?” While being alone seldom bothered her, the evening ahead looked long with only Hagar for company. “Maybe watch a movie? I start watching Christmas movies on Thanksgiving night, so I guarantee you’ll have plenty of opportunity to roll your eyes.”

He hesitated long enough for it to hurt, and she drew back. “Never mind. You don’t have—”

“I want to,” he said. “Maybe a little more than is good for either of us. I don’t want to let you in for the gossip that often goes along with dating a single pastor.”

The relief made her feel a little silly. “Probably not as much as if I dated a married one.”

But who was talking about dating? He was a dedicated minister with little left over to offer to a relationship. Besides, the sudden appearance of the boy called Griff was enough for him to have on his mind. Not that Rye didn’t want to spend time with Jake, but dating and depth didn’t go together for her. Sometimes, when she allowed herself to worry about things, she worried that she wasn’t capable of depth.

“So?” She hated the breathiness of her voice that made her sound like the stereotype of a beauty pageant winner. She wasn’t the breathy type. Breathiness went with depth, didn’t it?

“So, would you like me to open the wine? I’m good with a corkscrew.”

They still stood inside the door, the lights on the Christmas tree she’d put up the night before lending ambiance to the little house. “Yes,” she said. “I’ll slice some cheese. Do you have a favorite?”

“White kinds. I might not be too knowledgeable about cheese.”

“Is the Pope Catholic?”

Rye’s list of holiday music played softly as they worked together in the tiny kitchen, bumping into each other every minute or so and laughing each time. It wasn’t self-conscious, the laughter, and she reveled in it. How long it had been since she shared that particular kind of joy with a man she…liked? Yes, liked. No more, no less.

After the third clashing of elbows, Jake set down the glasses he’d taken out of the cupboard and took the knife from her hand. “Let’s do this,” he said, and took her into his arms. Not close or tight, but warm, and danced with her through the kitchen and hallway, ending in the glow from soft light from the tree in the living room. They stood, swaying together.

“Your eyes,” he said, “are extraordinarily blue.”

“Yours are extraordinarily green.” His sweater, the same color as his eyes, was soft under her hands, covering shoulders and arms more muscular than she had expected. He was just the right height to dance with, too. Looking up didn’t hurt her neck, but he was enough taller than she to reduce her tendency to lead. “Is this our first date?”

He looked thoughtful. “No. Actually, I think we’ve had several. We’ve just kind of avoided calling them that.”

“That’s good then.” She sounded breathy again, but the truth was, she was feeling a little winded by his proximity and how it made her feel. “Because, I wouldn’t want to be known as someone who…you know…would kiss on the first date.”

“No, that wouldn’t be good, would it?” His arms tightened. “But maybe after several dates it would be okay?”

“I think so. A nice kiss goes well with wine and cheese and Ebenezer Scrooge’s story.”

“Does it?” His lips, warm and firm, met hers then. Searching. Tasting. Releasing. For a moment. “If one goes well, how would they be with two?”

“Oh.” She raised her hands, threading them through his thick, soft hair. “I think they’d be even better.”

The wine, cheese, and movie were wonderful after four kisses, splendid after five. The wine had had plenty of time to breathe and the cheese had warmed so that its flavor was rich and its consistency creamy.

Kind of like the kisses. Not the creamy part, but warm and rich and leaving her with a wish for more. 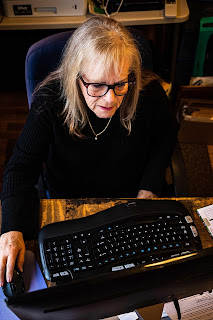 USA Today bestselling author Liz Flaherty started writing in the fourth grade when her Aunt Gladys allowed her to use her portable Royal typewriter. The truth was that her aunt would have let her do anything to get her out of her hair, but the typewriter and the stories it could produce caught on, and Liz never again had a day without a what if… in it.

She and Duane, her husband of at least forever, live in a farmhouse in central Indiana, sharing grown children, spoiled cats, and their grandkids, the Magnificent Seven. (Don’t get her started on them—you’ll be here all day.) To find out more about her, stop by http://lizflaherty.net/ or sign up for her newsletter at http://eepurl.com/df7dhP.