Fellow Wild Rose Press author Margaret Ann Spence is my guest today. Her new release, Joyous Lies just came out a few days ago and sounds like an intriguing read. I've had the pleasure of reading some of Margaret's short fiction and I can tell you it's wonderful! Welcome Margaret! 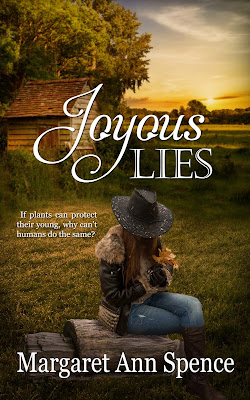 Thanks for having me, Jana, as I celebrate the launch of my second novel. Joyous Lies released February 15!

A story of family secrets set on a commune and organic farm in Northern California, Joyous Lies allowed me to learn more about plants, and about farming, too.

I loved doing the research for this book. Trees do communicate! Michael Pollan’s book, The Botany of Desire, about the amazing power of plants, sent me on a quest to learn more. Richard Powers’ The Overstory made me think about how we carelessly destroy forests, which, emitting oxygen, we need to breathe. That led me to think about political activists, and those Vietnam War resisters who fled up into the woods to escape the draft all those years ago. What actually happened to the hippies? All kinds of thoughts bounced around in my head about idealists who want to make a better world, and the cost of doing so. And so my book was born.

Maelle Woolley, a shy botanist, prefers plants to people. They don't suddenly disappear. Raised on her grandparents' commune after her mother's mysterious death, she follows the commune's utopian beliefs of love for all. Then she falls for attractive psychiatrist Zachary Kane. When Zachary claims her mother and his father never emerged alive from his father's medical research lab, Maelle investigates. What she discovers will challenge everything she believes, force her to find strength she never knew she had, and confront the commune's secrets and lies. What happened to love? And can it survive?

The plants, she hoped, would have something to say.

With the door to the laboratory closed and the sound barriers in place, Maelle fixed acoustic sensors onto two potted plants, situated side by side in a glass dome so even the vibrations of her breath could not disturb them. Above one, she played a recording of the sound of a caterpillar munching leaves. The noise, when magnified so humans could hear it, sounded like the march of eager feet over rough terrain. After twenty minutes, she removed the recording, put on her earphones, and waited.

She heard it, a faint clicking sound.

The plants were talking to one another.

Readers’ Favorites Early Review: “Joyous Lies is a wonderfully written, heartfelt exposition of the way in which families will often bend the truth or outright lie to protect reputations or to soften the blow of mistakes for those who follow behind.”

To buy the book: https://books2read.com/u/me7RoR 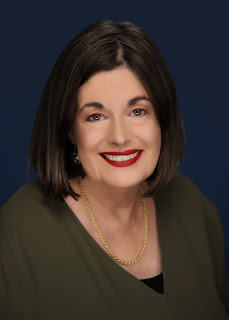 Born in Melbourne, Australia, I’ve lived in the United States since the age of 23. I worked in publishing, public relations, journalism and in real estate before realizing writing fiction was more fun. My first novel, Lipstick on the Strawberry, also published by The Wild Rose Press, won the 2015 First Coast Romance Writers 2015 Beacon Contest, and in 2019 was a finalist for two book awards.

Having lived on both East and West Coasts I now enjoy Arizona winters. When not at my desk I tend an unruly garden, cook up a storm in the kitchen, and cherish time with my family.