#NewRelease from J.L. Delozier: CON ME ONCE

I'm thrilled to have super imaginative writer J.L Delozier with me today. She sat down for an interview and talks about writing and life. Her new book CON ME ONCE release tomorrow, February 5, 2020. Welcome J.L.! 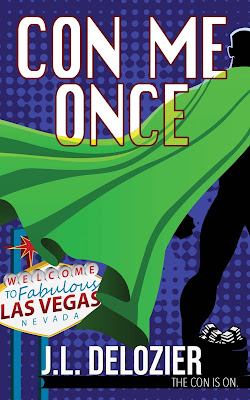 Where did you get the idea for your new novel, CON ME ONCE?

I got the idea for this book from an old GQ article on the "real-life superhero community", specifically a man named Phoenix Jones. The article made me ponder the psychology behind the need for these (mostly) men to dress up in home-made costumes and patrol their neighborhoods. It also made me wonder what would happen if they got embroiled in something heavier than helping little old ladies cross the street, and - voila! - Con Me Once was born.

Do you have any unusual writing habits?

I write the first page and then the last page. The rest of the time I spend desperately trying to fill in the murky middle.

What do you want readers to come away with after they read CON ME ONCE?

I want them to think it was a hell of a ride, and I’m hoping they’ll want to see more from the cast of characters. I could easily make this book a series focusing on each of the different cosplayers.

Sci-fi was my first love, but I’ve only ever written/published one short story in the genre. I have an idea for a novel…

If you could change something about one of your books that’s already released, what would it be?

I’d love a do-over on Type & Cross. It was truly the first novel I’d ever written (nothing stashed in a drawer, I swear) and I never expected it to get published, much less nominated for a Thriller award. I’ve learned so much about the craft since then, and I cringe when I read it.

Buckle up. Do it for the love. Be prepared for rejection.

Plot. I think that’s true for most thriller/suspense authors.

What’s your favorite thing about being a writer?

Creating intricate balances-of-power within my circle of characters.

What’s your least favorite thing about being a writer?

Self-promotion/marketing. I wasn’t on any social media prior to 2016 when my first book published.

I’m a physician – part-time now, so I can concentrate more on my writing.

As a physician, my job is to observe people both physically and mentally. When I did disaster work in particular, I got to see the best and worst of humanity. It’s given me great insight into how people act when stressed.

I have three cats, but I love all animals.

If money were not an object, where would you most like to live?

Name two authors we might find you reading when taking a break from your own writing.

The Photo Thief  is my first mystery with a significant paranormal element and also my first to mix POV characters: one first person, and one third person. It’s been a challenge, to say the least, but hopefully it’ll be worth it. The plot centers around a young adult with a seizure disorder who “hears” old photographs collected by her great-grandfather speaking to her. They ask her to solve their murders—and that of her own mother.

I have two. “Crime plays” is a take-off of the old saying “crime doesn’t pay” and also refers Vegas, where the second half of the book takes place. If you’ve ever played a casino table game, you’ve heard the phrase “money plays.” The second tag line is “this con is on” which refers to both the multiple schemes at play as well a comic convention taking place in Vegas during the book’s climactic moments.

I’ll be at ThrillerFest in NYC in July which is a great venue for fans and writers of all levels to mingle.

Blurb, CON ME ONCE:

When Frank Lambda, a bumbling superhero wannabe, witnesses a mob hit gone wrong, he ends up running for his life. Enter the mysterious Keira, whose secret academy claims to turn wannabes like Frank into real heroes. Frank knows a con when he sees one. But desperate for an escape, he joins three other recruits for training in Las Vegas. Against the backdrop of a thousand spandex-clad cosplayers Keira’s true agenda—a multimillion-dollar heist from her mobster brother—is exposed. With their lives and a fortune at stake, Frank and his team of diverse misfits fight to become the heroes they always wanted to be. 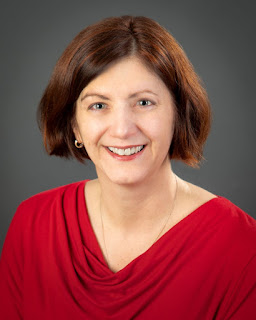 J.L. Delozier has practiced rural and disaster medicine for 25 years. For inspiration, she turns to science that exists on the edge of reality—bizarre medical anomalies, new genetic discoveries, and anything that seems too weird to be true. She’s published three thrillers, the first of which was nominated for a “Best First Novel” award by the International Thriller Writers organization. Her short fiction has appeared in the British crime anthology, Noirville: Tales from the Dark Side, in NoirCon’s official journal, Retreats from Oblivion, and in Thriller Magazine.

Her first sci-fi short story won the “Women Hold Up Half the Sky” prize of the Roswell Award and appeared in Artemis Journal. She lives in Pennsylvania with her husband and three rescue cats. See more at www.jldelozier.com