New Release from Nan Reinhardt - CHRISTMAS WITH YOU

I'm thrilled to have my friend Nan Reinhardt as my guest today. Nan's new book, CHRISTMAS WITH YOU, releases today! Yay! This is book 3 in the Four Irish Brothers Winery Series. Can't wait to read Aiden's story! 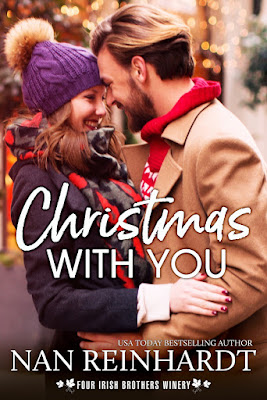 She’s loved him all her life… but will he be there when she needs him the most?


Disheartened and adrift after being written out of a hit TV show, actor Aidan Flaherty returns to his family’s historic winery, where he’s invested some of the fortune he’s made. As the holidays approach, Aidan becomes intrigued with the old showboat that’s dry-docked just east of town… and even more intrigued with the daughter of his former mentor, who now owns it. He decides to buy the boat and restore it to its former glory.

Single mom Holly Santos is back in River’s Edge after her divorce and she is over men in general and actors in particular. If she could only get rid of her father’s old showboat, a source of fascination for her son, Mateo. She never expects her old crush to walk into her tea shop or the fireworks that happen every time they’re in the same room.

Can Aidan convince her that he is determined to restore their shared heritage on the showboat and that he’s home to stay?

“You have beautiful eyes.” Oh, good God. The words were out before he could stop them. Immediately, he backpedaled. “I’m not coming on to you, I swear, it’s just this is the first time I’ve actually seen someone with violet eyes. I-I mean... in person.” Heat rose in his cheeks. Blushing! Holy crap. He didn’t blush anymore—hadn’t in years.

She punched in his purchases. “Come on, rock star. All those Hollywood starlets and groupies and not a single one had eyes the same color as mine?” Her voice dripped sarcasm as she held out her hand for his credit card. “It’s thirteen sixty with tax.”

He fumbled in his wallet for his Amex Black card. “Why do you keep calling me that? I’m an actor, not a rock star.”

“I’m using it generically.” She passed the card back to him with another eye roll. “We don’t take Amex. What else have you got?”

Biting his lip to keep from expelling a frustrated breath, he handed over his VISA, the one where two percent of the money he spent went to save the redwoods. If it impressed her at all, she hid it well as she tapped the card on the screen, thrust it back at him, and turned the screen around so he could sign it with his finger. He hated doing that. His signature always ended up looking like his six-year-old niece, Ali, had written it. “Thanks so much for opening up for me.”

“Don’t expect me to do it again.” She walked swiftly around the counter to the door, twisted the key in the lock, opened it, then stood glaring at him, one hand on her slim hip.

In that moment, Aidan could have sworn they’d met before. “You look really familiar. Do I know you?” 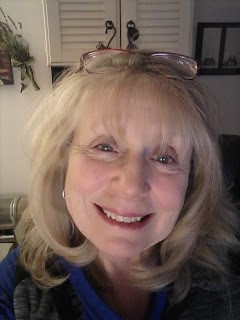