A #NewRelease from Barbara White Daille

My guest today is contemporary western romance writer Barbara White Daille. Barbara's new novel, COWBOY IN CHARGE, has just been released and she's here to tell us a little about it. Welcome Barbara! 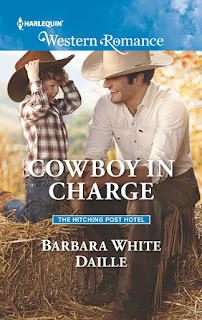 Jana, thanks so much for hosting me today!

Readers, I’m happy to be sharing news about my new book with you.  And I love to chat, so feel free to leave comments and/or questions.

The new release, Cowboy in Charge, is a short contemporary romance, one of several stand-alone books in my series called The Hitching Post Hotel. Here’s a peek at what’s on the back cover of the book:

Single mom Layne Slater thought she'd seen the last of Jason McAndry when he chose the rodeo over her and their unborn son. Now Jason's back in Cowboy Creek and just as handsome as ever. But Layne can't give in to those feelings again. She has to protect her children…and her heart.

Jason wants to try to make up for the pain he caused when he left. The least he can do is help Layne while he's home. Before long, Jason realizes he's finally ready to be the husband, father and man his family deserves. But can Jason prove to Layne that this time, their love is forever?


And here’s a quick excerpt:

“I don’t have a home.” She caught the bitterness in Jason’s tone. Then he laughed, and she realized she must have been mistaken. “Unless you call a bunkhouse full of cowboys a home.”

“I suppose it is, if that’s where you sleep every night.”

He glanced at her as if he suspected a double meaning from the comment. When she said nothing else, he shrugged. “To tell the truth, over the past few years, I’ve probably slept in my truck more than I have in the bunkhouse.”

Scott gasped. “Go to sleep in a truck?”

“I don’t think so, honey. It wouldn’t fit in your bedroom. And where would we put Jill’s crib?”

She and Jason both laughed.

She blinked and looked away.

Scott’s questions had reminded her of the caution she’d given Jason about watching what he said in front of kids. She had been unforgivably offensive to him—again.

Somehow, she couldn’t seem to stop crossing the line between asserting her rights and fighting a long-dead battle.


For more info or to pre-order the book: 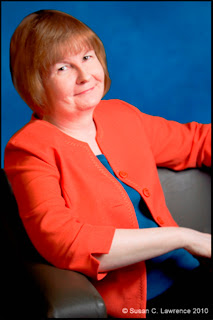 About the Author:
Barbara White Daille lives with her husband in the sunny Southwest. Though they love the warm winters and the lizards in their front yard, they haven’t gotten used to the scorpions in the bathroom.
A larger print reissue of A Rancher’s Pride, book one in Barbara’s popular Flagman’s Folly series, is now available exclusively from Harlequin, while the e-book version is available everywhere. Cowboy in Charge, the next book in The Hitching Post Hotel series (July), is now available for pre-order, with other books in the series to follow. At the end of 2016, she begins a new sweet romance series for Entangled Bliss.
You can find more info about Barbara and her books at the following locations: