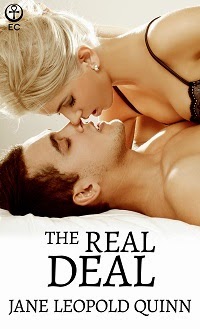 Birchwood Falls is a town I created, even drew a map, a crude map.  The first book in the series is Lost and Found - http://amzn.com/B00I8NS0X0 - and features Marc and Phoebe, the Marine and the jazz singer.  Mike Banning, Marc's closest friend, gets his own story in The Real Deal with Norah Ballard.  Mike loves his small town and wants to share it with the big city lawyer and runaway bride, Norah. 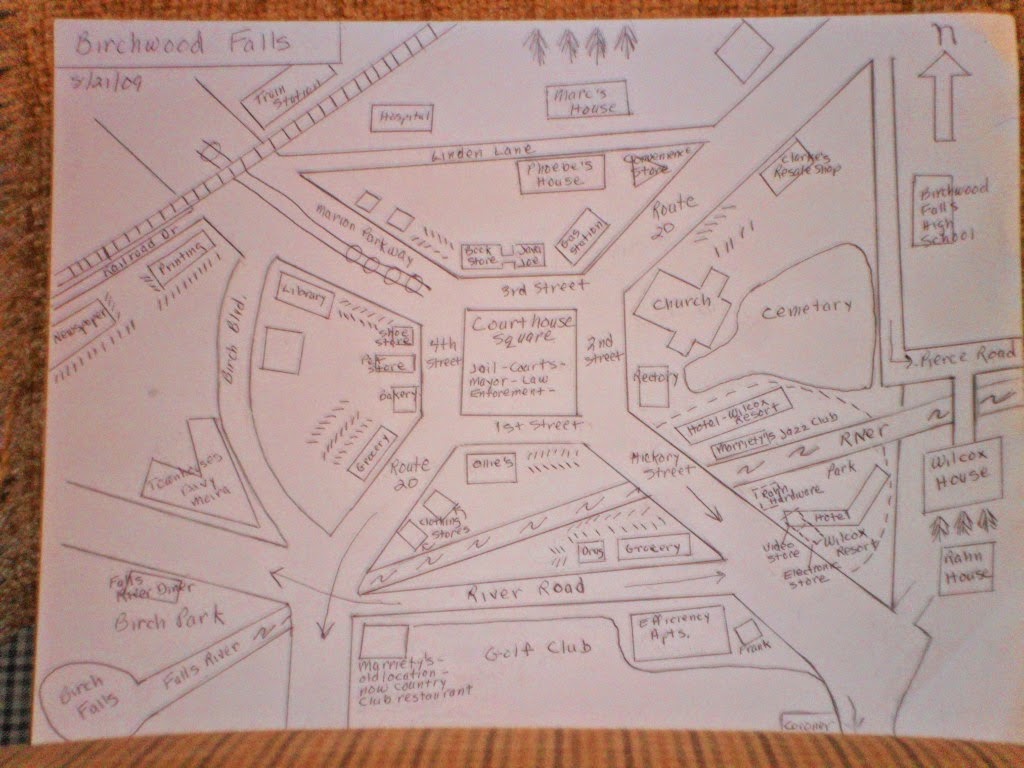 When her fiancé is busted at a gentlemen's club, attorney Norah Ballard calls off the wedding. Shocked and humiliated, she grabs her suitcase and takes the first train out of town.

Easygoing teacher Michael Banning spots the new woman in town and recognizes her from college. She's even more gorgeous and sophisticated now. He's no longer the nerd he was back then, and now that she's on his turf, he's going to touch and taste every sleek, beautiful inch of her. Whatever her reason is for being in his town, he'll fulfill all her desires so she never wants to leave. Norah won't let another man—no matter how sweet, smart and sexy—get close enough to hurt her again. Mike's passionate pursuit of her, the way he seems to know just how to arouse her, turns her into the wanton woman she hadn't known she was.

She ducked her head and peered over her shoulder at the sound of the deep male voice uttering a little boy’s words. A tall, lean figure strode briskly through the door from the kitchen and a sharp breath stuck for a moment in her lungs. The downright handsome man seemed to fill the room with his boisterous voice and happy grin. He’d swung his arms wide as if embracing everything in his sight.

There was no way she could squelch her snort. She covered her lips in embarrassment when she realized he’d heard and was staring at her. “Sorry,” she mumbled and quickly shifted her gaze back to her beer. He looked vaguely familiar but she couldn’t quite place him. How could she? She didn’t live here.

“Hey, no problem.” He winked. “You’re never too old for cookies and milk after school, are you, Mom?”

School? Too old to be a student, Sweetie was a gorgeous hunk of a man with inky-black hair obvious even in the dim bar, a long face, strong nose and square chin. His khakis fit him to a T flaunting his flat belly and narrow hips. A white shirt, open at the neck with long sleeves rolled up over muscular forearms, gleamed in the low light. He stood with one hand on his hip, the other hooking a sport coat slung over his shoulder. When he turned his back to go behind the bar, she took note of his gorgeous butt and took a hasty sip of beer to cool off her imaginings. What the hell’s happening to me?

Hanging the jacket on a hook behind the bar, he tied a waiter’s apron around his waist and ran a rag over the already clean bar. Sweetie whistled along with the old songs and was pretty good at it. She felt like she was in Disneyland or Mayberry, somewhere happy.

Glancing at her, his gaze narrowing and lingering, he said, “You okay, miss?”

She lifted her mug and nodded. A few more people came in and the place got noisier. One man, his dark hair tied back in a ponytail, took a stool at the bar and leaned over it. Sweetie pointed to a table where both men sat down. She watched his face, which wasn’t a hardship. His expressions went from a friendly smile, to eyes wide in shock, to a frown of distress.

Sensual fantasies were locked in my mind for years until a friend said, "Why don't you write them down?" Why not, indeed? One spiral notebook, a pen and the unleashing of my imagination later, and here I am with more than a dozen books published. The craft of writing erotic romance has become my passion and my niche in life. I love every part of the creative process — developing characters, designing the plot, even drawing the layout of physical spaces from my stories. My careers have been varied — third grade school teacher, bookkeeper, secretary — none of which gave me a bit of inspiration. But now I'm lucky enough to write romance full time — the best job in the universe!

Indie
Valentine's Day
His Hers & His
The Keeper
Soldier, Come Home
Winning Violetta
A Promise at Dawn
Jake and Ivy
Wooing the Librarian
Home to Stay
The Long Road to You (coming February 5, 2015)