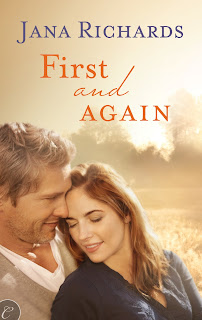 FIRST AND AGAIN is available for Pre-order at Amazon and Barnes and Noble. Have a great day everyone!
Posted by Jana Richards at 1:12 PM