Clothes & Characters in the Old West: #NewRelease from Julie Howard

Julie Howard's newest book, THE THREE WIDOWS OF WYLDER, released yesterday, October 18, 2021. Today she's here to talk about what her old west characters are wearing in the book. Thanks for being here, Julie! 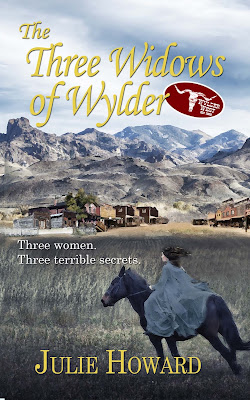 Thank you, Jana, for having me on your blog. My latest release, The Three Widows of Wylder, came out this week – a historical fiction about three women with terrible secrets.

The story is set in 1882 and the three main characters are very different in backgrounds and personalities. One way to illustrate their differences is through their attire and even their attitudes toward clothing. At the time, of course, women wore long dresses. Bustles were in style, corsets required, and most people wore hats when in company. Straw hats were in fashion and women decorated their hats with ribbons, feathers and fabrics.

Clara, who lives in Missouri at the start of the novel, is a simple, practical woman. She has five dresses and in her mind, that’s plenty:

She had always considered herself wealthy enough with five dresses— three simple calicos for everyday use, a modest charcoal for church, and an old navy, threadbare at the hem and cuffs, for cleaning the stove or other grimy chores.

When Clara meets Mary Rose, she encounters a vain, spoiled woman whose identity is caught up in her attire:

Mary Rose fussed among her belongings. Dresses laid out, either to air or loosen wrinkles. Lavender, yellow, crimson, emerald—a constellation of hues overlapping like a spring bouquet.

Then, of course, there is the very different Emma, an expert horsewoman and crack shot:

Thin face swallowed by cheekbones, wide gray eyes and a hard-set mouth that no longer recalled how to smile. Stained brown pants held up by a braided leather belt, and a blue long- sleeved shirt tucked in tight. A battered cowboy hat, found near a graveyard two months ago, covered her hair. Her pistol holstered on one hip.

Simply through their clothing, a picture of their personalities is drawn. These women would have nothing in common in normal times, but there is nothing normal about their lives as the story begins. They must cling together for survival and an uneasy friendship ensues.

Here is more about The Three Widows of Wylder:

Three women on the run.

After the death of her husband, Clara flees a hanging judge and seeks refuge with her brother in Wylder, Wyoming.

With secrets of her own and good reasons to flee, spoiled and vain Mary Rose joins Clara on the trek to Wyoming. Surely a suitable man exists somewhere.

Emma is a mystery. A crack shot and expert horsewoman, her harrowing past seeps out in a steady drip. She’s on the run from something, but what?

After the three women descend on Wylder, a budding romance leads to exposure of their pasts. As disaster looms, will any of them escape?

Emma stood, legs apart, one hand on the pistol at her hip. The covered wagon was the type used years ago by pioneers, before trains tamed the prairie, and they still lumbered across areas where tracks hadn’t been laid. Two women sat side-by-side, too focused on their argument to yet notice the camp they entered. Their one horse, overmatched by the heavy wagon, was damp with sweat, its mouth flecked with froth.

“We should have stayed on the main road.” The peevish one appeared much younger, curly gold hair topped by a large straw hat. She wore a light-yellow dress with lace at her wrists and throat, a perfectly inadequate outfit for travel. “Someone could have provided directions.”

The older woman had finely-drawn features, a few strands of gray threaded through her dark, uncovered hair. Dressed in sensible blue calico, she gripped the reins too tight and the poor horse gave a pathetic shake of its head. “The whole point was to avoid people,” she sniped.

Emma strode forward and seized the reins. “For God’s sake, you’re killing him.”

The two women gaped as though at an apparition. The horse, released from harsh hands, lowered its head and halted. Its sides heaved as flies drank at its sweaty flanks.

“Whomever let you two fools handle a horse should be whipped.” Tempted to dispatch the women to hell for their cruelty, Emma rested her hand on the pistol’s handle.

The two travelers spoke in tandem. “Who are you?” and “How dare you call me a fool.”

As Emma crooned into in the horse’s ear, her expert fingers undid the buckles at its shoulders and haunches. By the time the older of the two women climbed to the ground, the horse was unhitched and Emma led it to the creek.

“That’s our horse,” cried the one in yellow. “Clara, what is that insane girl doing? She’s stealing him.”

Emma halted, shoulders stiff. She turned and pointed the pistol at the one with lace at her throat. “I’m no horse thief.” She cocked the hammer. “Apologize.” 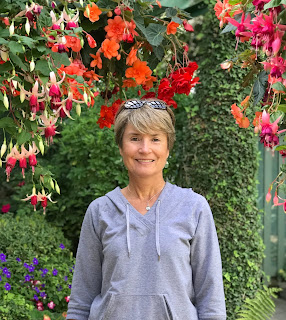 Julie Howard is the author of the Wild Crime mystery series and Spirited Quest paranormal mystery series. She is a former journalist and editor who has covered topics ranging from crime to cowboy poetry. She is a member of the Idaho Writers Guild and editor of the Potato Soup Journal. Learn more at juliemhoward.com.