Author Jeny Heckman joins me today for a look at her upcoming new book, RELEASING THE CATCH, coming to bookstores December 15, 2020. The premise of this book is one I've never read before, a woman as part of a crew on a crab fishing boat in the Bering Sea. Read the excerpt and see if you don't agree it sounds like an intriguing novel! 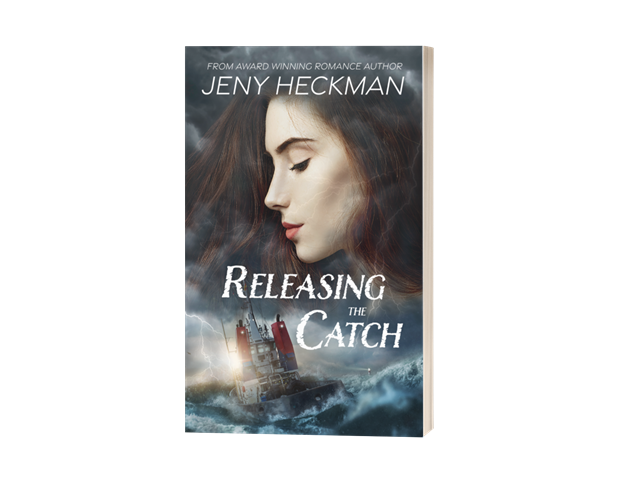 Women. Crab fishing. The Bering Sea. Some men don’t think they belong together. One woman wants to prove them wrong.

“Oh no, I think we’re good here, thanks sweetheart,” Andy said, mistaking her for the waitress and darted a questioning gaze back at the men. “Unless anyone needs another round?”

Faith drew in a deep, irritated breath, lifted her chin and peered down her nose at Jake, who gazed back with a hesitant twitch at the corner of his mouth. Oh, yeah, he’s getting it. At least she’d give him marks for some intelligence.

Squaring her shoulders, she shifted her eyes back to Andy and stuck out a hand. “Actually, I’m Faith. Mack says you’re looking for a seasoned deckhand to help you through the winter, that right?”

Confused, Andy’s stared first at her face, then her chest region, then at her outstretched hand. In complete bewilderment, he checked Mack’s face, then his brother’s.

Jake, long legs sprawled out in front of him, an elbow on the table, and hand supporting his chin, serpentined a slow, genuine smile across his face. He flicked his index finger up over his lips and used only his eyes to measure his brother’s reaction. Since the skipper didn’t appear to snap out of it any time soon, his younger brother outstretched his own hand, and shifted his gaze back up to Faith.

“That’s right. I’m Jakob Rassmussen, deck boss. You can call me Jake. This is my brother, Andy, he’s capt’n.” They shook hands and Jake returned his observation to Andy, whose face started to turn colors. A gurgle of laughter escaped from the younger man, before covering it up with a cough. Mack never stopped peering into his drink.

“Oh, for chrissake!” Faith said, disgusted, and all three men jerked their attention toward her, as if slapped. “My father,” she gestured at Mack. “Is an asshole. It’s not his fault, he was just born that way. He didn’t tell me about any of this,” -she waved a hand at them and the table- “Until I got here, a little over an hour ago.”

She flicked an accusatory glare at Mack, who had the excellent sense to stay quiet. “Look, I don’t have time for any of your good-ole-boy superstitious bullshit. I’ve lived on a crab boat since I was eight-years-old. I became a full share deckhand at sixteen, and I’ve worked as deck boss and as an engineer.” Her glare now fell on Jake, who stared back in fascination. “I just left my last job because it was time for a change, not because I couldn’t hack it. I work well on the hydraulics, stack, rail, bait, wherever the hell you want to put me. I’m a fast learner and I don’t expect to find your boat to be the space shuttle. Either you want me or not. I’ll be on the pier tomorrow at seven a.m., so you have the night to decide. Right now, I’m tired and I want to go to bed.”

She grabbed Jake’s drink, the closest and fullest, with three fingers of some strange, yet horrific alcohol, she discovered. She drained it in one large gulp, turned on her heel and left the bar. All three men stared in her wake, open-mouthed. Her stomach roiled by the time she got upstairs, and puked.

“What the hell was in that?” she asked the room at large. The idiot didn’t even have the sense to drink whiskey. She shuddered with disgust and lifted a hand to her mouth at the lingering taste of vomit and licorice, before sitting down next to the toilet, and flinging her arm across the closed lid. At least the first pissing match went to her. She reached up and grabbed her toothbrush off the counter, smiled for a few seconds, then put a hand back to her stomach as it roiled again, lifting the lid for another digestive pyrotechnic experience. 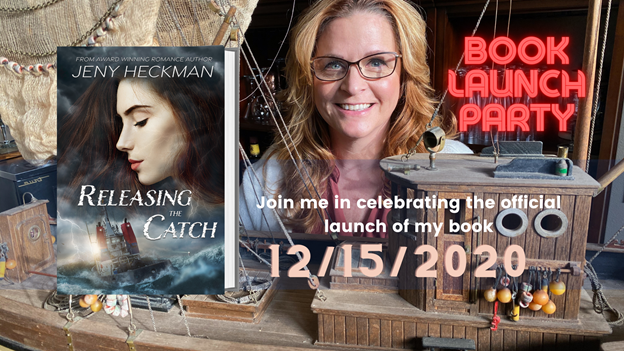 Jeny Heckman is the award-winning author of the paranormal-romance series, Heaven &amp; Earth.

When she isn’t writing, you will find her boating with her husband, enjoying game night with her

kids, cocktails with her friends, getting frustrated with photography or dreaming and plotting her

next adventure. Jeny lives in Washington state with her husband of over twenty-eight years.