Susan Leigh Furlong and BY PROMISE MADE #NewRelease

Susan Leigh Furlong has a new release with The Wild Rose Press and she's here to tell us a little about it and about herself. And no, Susan, it is definitely not sucking up too much to say you enjoyed my book! 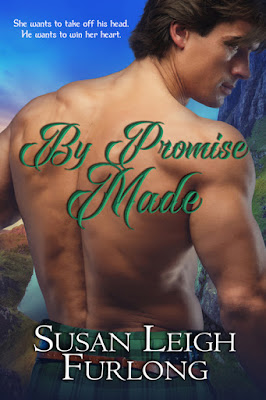 A thank you to Jana Richards for hosting me on her blog today. (Is it sucking up too much to say that I thoroughly enjoyed reading To Heal a Heart?)

I write an entirely different kind of romance - a historical romantic adventure, which I hope everyone will enjoy hearing about today.

Five Things to know about my book By Promise Made - published by The Wild Rose Press and released on September 23, 2020

1. So much of history falls into the category of “You Can’t Make This Stuff Up!” and both my books, Steadfast Will I Be, and my most recent book, By Promise Made, definitely fall in that category.

2. By Promise Made is based on true events when Mary, Queen of Scots was four-years-old and betrothed to Edward, the nine-year-old son of Henry VIII. When the Scottish Parliament refused the betrothal, King Henry waged war in a period called “Rough Wooing.” Enter my unlikely hero, Hugh Cullane, and my heroine, Katherine (Kit) Payne, to protect her.

3. While on the run, Hugh, Kit, and Mary hide with the Countryside Players, a traveling troupe of actors determined to protect the young queen and her guardians. All five of the company are such characters! Peter, tall and lean, and Gus, short and feisty, bicker constantly, but they remain the truest of friends. Jolene, Gus’s wife, is beautiful, clever, determined and a dwarf who, while appearing small and helpless, saves the day. Damon and Beatrice are the glue that keeps the group together.

4. An episode of M.A.S.H. inspired one section of the story.

5. While my characters get their HEA, Queen Mary’s real life was filled with strife and ended brutally with her beheading.

Five Things to know about me. 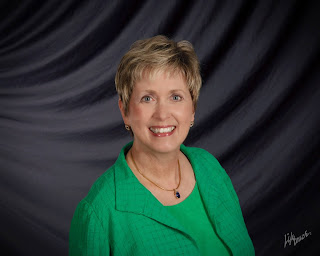 1. Children always feature heavily in my stories. I don’t always intend it, but it always happens.

2. I write, sing, and act with a traveling music and drama ministry called LightReaders.

3. Having been raised in six big cities across the country, I didn’t think I could make it in my husband’s small town after our marriage, but now you couldn’t get me out of here with a crowbar.

4. Live theater is my favorite form of entertainment. I love Les Miz, Chorus Line, and Lion King – all of which I’ve seen at least three times.

5. My father always called me “Easily Amused.” I love to laugh, and sometimes I get so tickled by things my characters do!

Hugh Cullane, accused of murder and sentenced to hang, is forced to deliver a message of betrothal to four-year-old Queen Mary of Scotland. He faces death yet again when, in rejecting the proposal, the queen's guardian orders his severed head sent back to England in a jar.

Trained to protect her queen at all costs, Katherine Payne can show no mercy to the handsome messenger, despite the way his stolen kiss unsettles her single-minded sense of duty. Trapped between the English and Scottish armies, she must escape with Mary. Hugh joins her as they are chased by men determined to murder the young queen in their own quest for power.

Lifting his head, he looked at her curiously. Something stirred inside his chest, something he’d never felt before, and he didn’t quite understand it. All he knew for sure was that just one kiss from this beautiful woman would never be enough. He wanted to know everything about her. He wanted to hear her voice, to see her smile, and to find out all about her. Who she was and who she wanted to be.

He wanted this woman to know his secrets, to hear his wishes. That itch inside him, the one he could never quite scratch, the one that made him restless and careless, eased and softened. Although this wasn’t his first kiss, it somehow mattered more than any other kiss he’d ever had.

He kissed her again. His tongue darted along her teeth and then into the juicy cavern of her mouth. She did not refuse him as he suckled her tender lips. She responded to his kiss, pulling him near, offering more of her mouth. She moaned quietly and ever so slightly eased her body closer to his as her hands worked their way up his back.

Pausing briefly in the most delicious kiss he’d ever had, he whispered, “My name is Hugh Cullane.” He brushed his lips against hers again. “What should I call ye, my beautiful princess?” Softly he licked her lips with his tongue.

“Call me whatever ye wish,” she said, locking her fingers into his hair and snapping his head and shoulders away from her with unexpected strength. She swung her right fist squarely into his jaw, and after a quick jerk of her knee into his groin, he fell to the ground, coughing and gagging. With one last powerful kick to the ribs, she ran madly away around the hill.

As he struggled to take a full breath, a sharp jab of pain bit through his side. Letting his head drop to the ground, he rolled over onto his back.

“Oh, my Lord!” he said aloud between coughs. “I do believe I have offended the lady.”