Don't be Chintzy with your Secondary Characters! by Julie Howard

Romantic suspense author Julie Howard joins me today to talk about secondary characters, one of my favorite topics. And she wants to make you aware that CRIME TIMES TWO is currently on sale for .99 cents. Get your copy at your favorite ebook retailer! 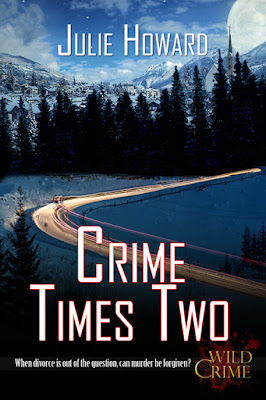 Don’t be chintzy with your secondary characters

Not all characters are created alike. Just like the people in your life, not everyone is of equal importance. In my life, there’s a gradient of importance that runs from a stranger I see in the background on the news all the way up to my children and close family members.

In my Wild Crime books, Honey is a force of nature. After three books in the series, I’m still a little afraid of this older, conniving woman I created. She’s my main character’s closest friend and is definitely a woman with some secrets she’ll never tell – unless divulging them is convenient. At first, Honey was just the neighbor-next-door, a shoulder for my main character to cry on. As I continued to write, this secondary character grew to a point where, when she was in the room, her personality took over. I even considered, briefly, writing a book where Honey was the main character. She fascinated me!

Secondary characters are important for another critical reason: they give your main character someone to voice their thoughts to. Unless you are writing in first person, it can be difficult for a character to express their inner views. They add dialogue to a scene, and make a main character feel more like a real person. Often, as with Sherlock Holmes and Watson, you get a sense of your main character’s personality – as  in Sherlock’s superiority over his sidekick. In my Wild Crime books, the deli-boy character brings out the sass in my main character. If a teenage kid can rile her, could an abusive husband possibly spark her to murder?

Don’t give your secondary characters short shrift! They can be fun to develop and show your readers so much more about your protagonist.

Crime Times Two is on a limited-time sale for the first time, for 99 cents!

Crime Times Two: When divorce is out of the question, can murder be forgiven?

Meredith knows three things: First, the man in the library begged her to help him. Second, he was afraid of his wife. Third, now he’s dead.

While the evidence first points to a natural death, Meredith is certain there’s more to discover. People are tight-lipped in this small mountain village, and the man’s wife isn't talking either. Then a second death occurs, with remarkable similarities. It’s time to talk about murder.

As a slow-burning relationship heats up in her own life, Meredith struggles with concepts of love and hate, belief and suspicion, and absolution and guilt. Nothing is clear cut…

She must decide: Is guilt, like evil, something you can choose to believe in?

Jowls quivered under the man’s weak chin, and Meredith noted the stained and frayed shirt of someone who spent a lot of time alone in dark rooms, sending out a better version of himself into the virtual world. His eyes were anxious and beseeching at her as though she should have a clear understanding of him and his life.

Somehow, over the past hour and a half they’d been sitting next to each other – him playing video games and sharing his life story and her ignoring him the best she could – she had become his confessor and friend.

Meredith gave him what she hoped was an impartial-though-quasi-friendly smile. She reached for her purse and papers and rose from her chair. “Well. Nice talking with you.”

The man was lost in his own train of thought and seemed only slightly aware that Meredith was leaving.

He shook his head, morose.

“To make a long story short,” he summed up, “I think my wife is trying to kill me.” 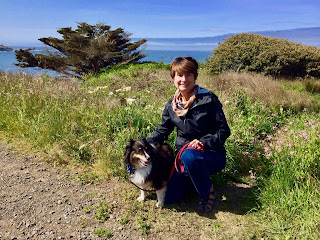 Julie Howard is the author of the Wild Crime series. She is a former journalist and editor who has covered topics ranging from crime to cowboy poetry. She is a member of the Idaho Writers Guild, editor of the Potato Soup Journal, and founder of the Boise chapter of Shut Up & Write. Learn more at juliemhoward.com.