Fellow Wild Rose Press author Jennifer Wilck joins me today to talk about her new release LEARNING TO LOVE. More specifically, she's talking about her heroine Dina's relationship with clothes, or lack thereof. She sounds like my kind of heroine! Join us! 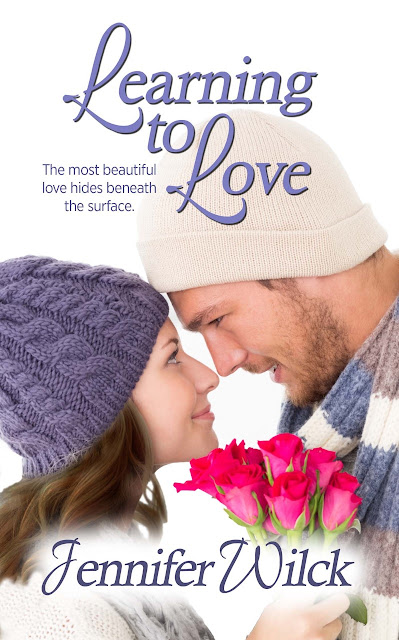 If you interviewed my heroine, Dina, and told her that “clothes make the man (or woman),” she’d look at you like you were insane. She’d probably spout some random, obscure fact about clothing, such as the fact that the term “jeans” comes from the cotton pants worn by Genes, the local term for Genoan sailors. And when you gave her that “what the heck” look, she’d realize she spoke out loud, once again said something no one understood, and would retreat back into her solitary but comfortable existence.

As I hope you can tell, Dina is not the typical heroine of a romance. Sure, she gets the guy in the end. And he’s a hot guy. No one is more surprised than she is when Adam pays attention to her. Well, maybe Adam is a close second, since she’s not the typical woman he usually falls for. When I write my books, my characters appear to me. I don’t get much of a say about their personalities or their looks. Usually it’s the guys I see first—and Adam has appeared as a minor secondary character in the previous books, so I had an inkling—but in this case, Dina was the one who jumped off the page and told me who she was.

She’s a genius. But in her family of doctors and professors, her choice of career—a librarian—is not considered special. She’s curvy. Her hair frizzes and never does what it’s supposed to do. Her boobs are big. When out in social situations, she’d prefer to fade into the background. Her closet is filled with sweater sets and clothes suitable to wear to synagogue. Or sweats. When she reluctantly agrees to go to her high school reunion, her best friend tells her she needs to buy a new dress. Dina doesn’t understand why. And the dress her friend and the saleswoman pick? Well, you can read the excerpt to see her reaction.

If you’re going to get to know Dina, you need to get to know her for what’s inside. Her clothes will not make an impression, and if they do, you’ll get the wrong idea. She’s never fit in with people her age. Being a genius meant she took classes with the older kids and the popular ones only talked to her in order to improve their grades. She’s happiest with a few close friends and her books. When she meets Adam—Mr. Flashypants—she tries to convince him that she’s all wrong for her.

Adam thinks he should agree, but there’s something about her that makes him unable to forget her. And when they strike up a bargain—she’ll help him improve his image and he’ll be her date to the reunion so she doesn’t have to go alone—he’s sure their relationship will be no more than a friendship. But she charms him, turns him on, and helps him discover his own soul. That’s why she’s my favorite heroine.

Dina Jacobs is a single librarian who has never fit in due to her off-the-charts intelligence, frizzy hair and rounder-than-socially-acceptable figure. She left her past behind until she receives an invitation to her ten-year high school reunion, and all her insecurities return.

Adam Mandel is a single corporate attorney who just missed his third deadline at his father's law firm, the law firm where he is up for junior partner. With his reputation on the line, Adam needs all the help he can get to convince his father that he deserves the promotion.

When Dina and Adam run into each other on a deserted road, Dina thinks Mr. Flashypants can't possibly be interested in someone like her. Adam thinks Dina is just the person to help him improve his reputation. Lies and insecurities force them to take a look at themselves. Can they trust each other to look beyond the surface?

“You can help her find a dress for her reunion.”

Goth Girl gave her a once-over and turned toward a clothing rack against the far wall. As Dina followed her, panic bubbled in her chest. Most of the clothes were in shades of mustard, olive, and rust. When Goth Girl pulled out a cream sheath with subtle ruffles along the hem, Dina’s jaw dropped.

“The dress is perfect,” Tracy said, grabbing it from Goth Girl.

She had to admit, it was lovely. But cream? Not exactly slimming. And the back had a huge cutout, which meant she couldn’t wear a bra.

“I need a bra, Tracy,” she whispered.

Goth Girl walked to the accessory area and returned with a package for Dina, who took it as her face went up in flames. They pointed her toward the dressing room and she obeyed without a sound, if only to get out of the awkward situation.

She stared in dismay at her reflection in the mirror. You’d think these things would be made for large-chested women, as they couldn’t afford to go without a bra. Except the models on the boxes were always waifs who looked as if they hadn’t reached puberty yet. And, uh, how sticky was “sticky”? Sticky enough to defy gravity? God, she hoped so.

Once she read the directions and figured out how to apply the sticky boobs, she picked up the dress. The material was soft and slid through her fingers. The ruffles cut against the bias were sophisticated and the plunging back neckline added elegance. But on her? She put on the dress, letting it float into place.

Who the heck was this woman in the mirror?

“Dina? Come on out!” She blinked, but her reflection didn’t change.

“Turn around!” Dina obeyed, feeling like the ballerina in a music box. “You have to get this,” Tracy said. Dina bit her lip. “I don’t know. I mean, the dress is lovely, but is it me? I have plenty of ‘me’ dresses at home I could wear...”

Tracy marched over and gripped her shoulders.

“You are not wearing one of your old dresses to your high school reunion. You’re wearing this one.”

“Trust me. You want to wow the mean girls from high school and this is the dress to do it. Besides, Adam won’t be able to keep his hands off you.” 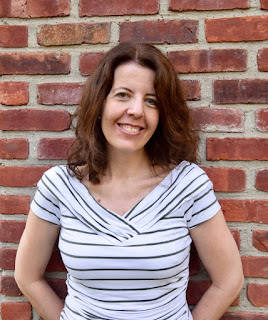 Jennifer started telling herself stories as a little girl when she couldn’t fall asleep at night. Pretty soon, her head was filled with these stories and the characters that populated them. Even as an adult, she thinks about the characters and stories at night before she falls asleep or walking the dog. Eventually, she started writing them down. Her favorite stories to write are those with smart, sassy, independent heroines; handsome, strong and slightly vulnerable heroes; and her stories always end with happily ever after.

In the real world, she’s the mother of two amazing daughters and wife of one of the smartest men she knows. When she’s not writing, she loves to laugh with her family and friends, is a pro at finding whatever her kids lost in plain sight, and spends way too much time closing doors that should never have been left open in the first place. She believes humor is the only way to get through the day and does not believe in sharing her chocolate.

She writes contemporary romance, some of which are mainstream and some of which involve Jewish characters. She’s published with The Wild Rose Press and all her books are available through Amazon and Barnes & Noble.

BookBub: https://www.bookbub.com/profile/jennifer-wilck
Posted by Jana Richards at 12:30 AM