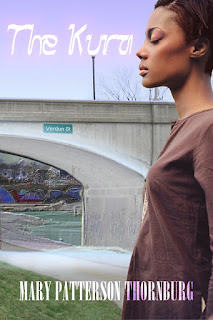 Main characters in fiction, especially romantic fiction, are usually bound to certain rules. They may have faults – in fact, they'd better have some faults or we'd find them boring! – but for the most part they have to be people we like and can identify with. They have to be comfortable to be around, or we won't want to read about them.

Secondary characters have a little more freedom. All they have to be is interesting.

One of my own favorite characters, from my romantic adventure novel The Kura, is Lady Vinh Ke Saar, the kura of the nomadic village where my heroine Alyssha goes to live when she leaves our world and travels to the country of Bandor in the alternate world of Aerte.

A kura is a combination healer, teacher, and spiritual advisor, a traditional role in this society. Lady Vinh is unusual in this role – unlike some village kurau (the plural of kura), she's a formally educated and licensed physician and surgeon and also a well-known scholar and writer. Unlike any other of Bandor's kurau, she was born a member of the old ruling class/race, who rejected her wealthy family when she was twenty and was adopted into a native clan. She's very old – no one really knows how old – and very wise.

She's also demanding, arrogant, sharp-witted and sharp tongued. If she's ever had a warm and fuzzy impulse, she's kept it well hidden. To say she's respected is an understatement – most people are in awe of her, and some are frankly scared. She has a network of informants all over the country and beyond. She knows what's happening here, there, and everywhere, often before anyone else gets the news.

Some people think she employs magic – or witchcraft.

One of the things I love about secondary characters is how they can influence and bring out qualities in the other, more central characters. Alyssha met Lady Vinh when she was twelve, and the old woman was impressed with the girl's courage and her heart. She invited her to study with her, to learn to be a kura herself. So, when Alyssha returns at age eighteen, they continue with a relationship that's necessarily close. Little by little, it reveals – and changes – both of them. Alyssha learns from the old kura not only by following her orders and completing her assignments, but also by watching her closely and noticing things that others don't see. And Lady Vinh, despite herself, can't resist feeling Alyssha's influence.

Here's an excerpt from The Kura that shows something of that relationship, early in Alyssha's studies. The third character mentioned here, Shan, is Alyssha's fiancé, a young Stone Village man who's now a medical student in the city of Bandor Gan:

Vinh Ke Saar kept her almost every morning from sunrise until noon. They talked sometimes about subjects that seemed far removed from what Alyssha had been reading, although she soon began to see connections on many levels. Frequently these conversations and duties were interrupted by visits from villagers who sought Vinh Ke Saar's help or advice, and Alyssha stayed to observe and sometimes assist in small ways. In the afternoons she often went with Lady Vinh's assistant, Kla Manya, to visit patients or to gather herbs from plantings and wild areas surrounding the village.

On two occasions that summer the kura sent for surgeons, once to Bandor Gan and once to Salin Tor, a small city on the northwest coast, to deal with cases that couldn't be transported. She herself had not practiced surgery for several years, except in extreme emergencies. One of these occasions was a case of acute appendicitis, the patient being the ten-year-old son of a Bandor Gan woman visiting her sister with Stone Village. The other was a sel inso birth, what Alyssha would have termed a caesarian section, performed on a young woman too advanced in pregnancy to travel by the time Vinh Ke Saar realized that a normal birth would be impossible.

Both times Alyssha was allowed to observe, and she found the procedures fascinating. In the boy's case the outcome was a success. The surgeon, with Manya's aid, opened the abdomen, removed the inflamed organ, and closed the incision in minutes. The woman, too, survived without ill effect, but her babies turned out to be conjoined twins so unequally developed that one died within minutes of their birth and the other a few hours later, despite the surgeon's having separated them immediately after the death of the first.

Alyssha stayed all night beside the young mother, until her second baby girl died. The woman, whose husband was in Bandor Gan trading, was weakened by the surgery. She seemed without protection at all, for she refused more of the elu tea that had made her unconscious, and Vinh Ke Saar didn't press it on her. Until dawn Alyssha lay beside her, weeping with her, holding her and the dead babies in her arms.

"This is what I saw in you," said Vinh Ke Saar when Alyssha came to her, exhausted, an hour later. The kura was at her desk, her pen poised over a manuscript page. She seemed paler than usual, her white face in stark contrast with the elaborately dressed and improbably bright red hair, which Alyssha knew was a wig. "You've given her some of your heart. Now go and rest, my dear." She dipped the pen in ink and resumed writing.

Alyssha started to leave, then turned. "Will there be funerals for the babies?"

"Yes, of course, when the father returns. Two ceremonies. They were two human beings, after all, although they were not human for very long, and they were so nearly only one." The old woman blotted her page. "God tries out the spirit in strange ways, sometimes," she remarked dryly.

Back in her own bed, drifting in the oddly lucid space that sometimes preceded sleep when she was especially tired, Alyssha remembered that last remark.

Shan, she knew, hated death – any death, the very idea of death. Only extreme suffering with no remedy could resign him to it. His reaction to eleven-year-old Tenra's death, when he was fifteen, had been not so much grief for Tenra herself as anger at the village kura who hadn't recognized her symptoms in time.

On the other hand, Lady Vinh seemed to accept death, even in the very young, if not cheerfully, then at least without resentment. Almost heartlessly, Alyssha felt. To die was as integral a part of existence as to be born. She would fight to preserve life in her patients. Alyssha had seen her do it. But she seemed to view the frequent loss of such fights, as long as they were hard-fought, as inevitable. "We play this game with God," she'd said once. "God has given us the ability to win it for a while, but in the end God will always win."

Perhaps it was the wisdom of old age speaking. Maybe she'd come to such wisdom herself, in time. But for now she could much more readily share Shan's stubborn refusal to give in to death, and his bitter resentment when he met defeat.

Blurb:
When she was twelve, chased by strangers bent on violence, Alyssha Dodson hid in an eerie room under a bridge in her small Indiana city. Stunningly and suddenly, she found herself far from home – in Bandor, a country in an alternate universe, where Earth was Aerte, steam power had been in use for only a couple of decades, and a revolution was brewing – to be fought with swords and spears. Here Alyssha discovered the brother who'd disappeared from her life when she was seven, a homeland where she felt she truly belonged, and a young man she knew she'd hold in her heart forever.

She'd had to return to her own world, and for six years she's been torn between her longing for Bandor and her loyalty and love for her widowed father. But now, when a hit-and-run victim found dying on a Granville street says her name and gives a policeman a coin from that other place, Alyssha has no choice but to go back.

When she gets there, she finds that a lot has changed…

The Kura is a novel of political intrigue, love, and especially a young woman's journey toward self-discovery. 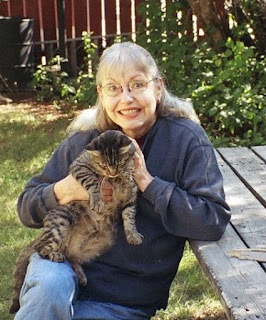