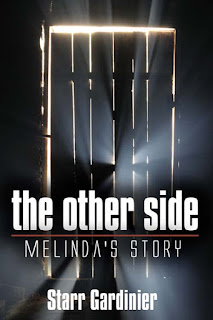 My guest today for Interview Friday is Starr Gardinier, a fellow Wild Rose Press author. Starr is here to tell us a little about herself and her writing, and introduce us to her new release.

Yes, since I was about 14. I used to read the Nancy Drew and Hardy Boys’ books. I loved them. When I was around 14, I thought I could write something like that. So, I tried and penned four chapters. My father was an avid book reader, so I thought he’d be the best person to read my attempt. He did read it all right, then set me down and gave me a ½ hour lecture on plagiarism. He didn’t believe I wrote those words. As young as I was, I was, like most children, impressionable. It crushed me. As an adult, I realized that it really was a compliment, albeit backhanded, but one just the same. My father thought I’d copied someone else’s work, yet those were my words.

As in writing them? No. I concentrate on one set of characters and their issues at a time. But, as I’m doing now, I do write one while marketing another. I think all authors do that.

Absolutely. Don’t Give Up! It’s a hard road, but if writing is truly your passion, keep at it. Don’t let anyone tell you not to do it. Over time, you’ll hone your craft; the more you write, the better you’ll get.

What is the hardest part of being a writer for you?

I’d have to say the hardest part is not having the time to write more. I work full-time and write on the weekends or in the evenings. My preference would be to write all day, every day.

What comes first for you – plot or character?

Plot. Once I have a plot, characters seem to create themselves. For instance, with this book, “The Other Side: Melinda’s Story” I wanted to write a book where the protagonist was telling her story to a doctor and I wanted it to be paranormal. The character, Melinda James, was just a teenager when everything started happening. It had to be a youngster. An adult wouldn’t have worked. So, Melinda created herself.

What do you hope readers gain from your stories?

Sheer entertainment. It’s why I write; to allow people a break from their own lives and place them in a story far removed from their own. I want everyone to simply enjoy a good story.

I started writing when I was 14, but as you can see from my self-revelation above, I didn’t continue until I was an adult. But I did pick up that pen and paper again, obviously. I live in sunny Southern California, where it’s been hot and humid and I feel like I’ve been transplanted back to the east coast.

Yes, I’m a paralegal by day. You would be amazed at some of the clients and their stories I’ve seen over the years. I’ve been known to take bits and pieces of the legal issues, fictionalize them, and insert them in my stories. I doubt that anyone could ever recognize them, however. Not even the client. They’re too fictionalized.

My husband and I have a dog. Ziggy. He’s part long-haired Chihuahua and dachshund mix. Absolutely adorable! We rescued him from the shelter when he was two years old. He’s only about 2 ½ now. The best thing about Ziggy is his unconditional love he gives us. He’s truly excited when we come home. He actually smiles, with all of his teeth showing!

I love to scrapbook. I take photos and preserve them for later years, using all of the latest embellishments and tools. It’s fun and creative.

What do you like best about your heroine in "The Other Side: Melinda's Story"?

Her persistence. Melinda James is bound and determined to live her life. She’s not about to let anyone, doctor or otherwise, to allow her to sway from her longing. She has her doubts along the way, but she is completely firm in her resolve.

Not names, but characteristics. Remember above when I told you that I’ve gained some pretty interesting ideas from my day job? Well, some of those just might be particular characteristics I’ve seen displayed from people over the years. I’m snickering just thinking about some of them.

They can see more about me on my website: www.QueenWriter.com. They can reach me anytime by emailing me at sgardinier@queenwriter.com. My blog is qw-blog.blogspot.com. My twitter handle is @StarrGardinier. And of course, there’s my author facebook page at: www.facebook.com/AuthorStarr.

The tagline for this book is “If I told you the story, would you believe it?” I thought that was quite fitting and it just came to me. It’s a question Melinda James asks because over the years, no one believed her and she’s searching for someone who will. Could it be you?

Yes. October 3, 2015 between 10 am and 1 pm, along with 10 other others, I’m hosting a Facebook Launch Party. Each other will be giving away a free prize. I will be giving away an ebook of “The Other Side: Melinda’s Story.” To join us and enter to win, go to:  https://www.facebook.com/events/1204016436282600/. It will be a lot of fun. All of us authors will be standing by to answer questions and respond to any comments. Please join us!

Tell us about your next (or current) release. 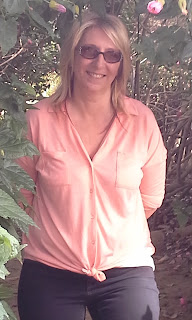 A paralegal by day, she’s an author by night. Apart from being an award winning author for her short story "Cut", Starr has appeared in a blaze and made her mark on the literary world with her Ivanovich Series. She has found her unique style and is known for her works' distinctive voice, making every character stand out.

She is the former executive editor of Suspense Magazine. She has been interviewed in the newspaper and on the radio with relation to her fiction work. She has been a co-host on Suspense Radio.

Starr is a member of International Thriller Writers (ITW) and of Sisters in Crime, Los Angeles Chapter and nationally. She has won three Best Speaker awards as well as Best Evaluator at the Voice Ambassadors chapter of Toastmasters. She has always been active in events. As co-chair and main coordinator for the West Coast Author Premiere, she arranged the weekend-long event to help authors from all over network, learn and share their work with the public. Reina has also been instrumental in compiling authors and planning a local author event at Barnes and Noble in Ventura, California along with the store’s event manager.

Blurb: "The Other Side: Melinda's Story":

Melinda's family is dead, killed for information that is hidden deep within her mind. Her father tries to warn her from the 'Other Side' that she is in danger from the killers who want what only she can give them. Committed to Skyview Haven, she must determine if the 'Other Side' truly exists or if it is a trick of her heart and mind.

With time running out Melinda must determine who she can trust. Is it the ghosts of her family, a boy who may not be who he appears to be, or the doctor who is determined to cure her? Can she figure out the truth before it is too late?

See the book trailer for "The Other Side: Melinda's Story" on YouTube!
Posted by Jana Richards at 12:30 AM