PHOENIX CONTRACT is a New Adult paranormal fantasy by debut author Melissa Thomas. It's a five part serial, and all of the serial parts (Parts 1 to 5) will be FREE on Amazon Kindle July 27! Let's sample a taste of  PHOENIX CONTRACT:

Centuries after the fallen angels left heaven to live among humans, their Nephilim descendants dwell in secret, hidden from the modern world. Once, a charismatic leader known as the Phoenix led their people, but he vanished centuries ago. The few surviving Great Houses are in decline, bickering over petty rivalries while a handful of faithful warriors battle to keep the forces of evil at bay.

Eighteen-year-old Aiden McLachlan devotes her life to her studies and pursues her lifelong goal to become a full-fledged Watcher. But everything she knows of her life is a lie and everyone a liar. Through a strange twist of fate, she finds herself caught up in an ancient prophecy.


The stars predict the rebirth of the Nephilim leader, but the mystery must be unraveled or the Phoenix cannot rise. With a soul-eating demon, a coven of ancient vampires, and a hardheaded Celtic warrior competing to subvert the Phoenix, Aiden doesn't know where to turn or who she can trust. 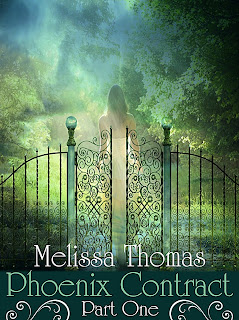 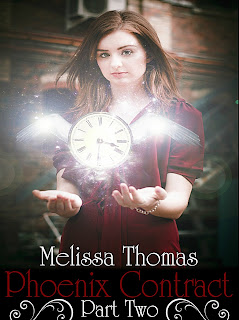 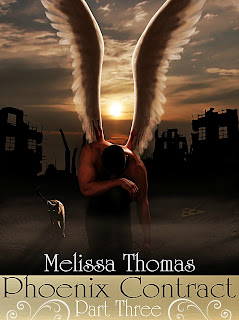 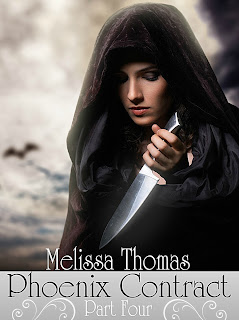 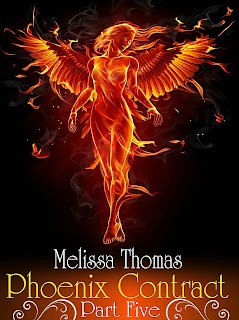 “Oh, but I think you will,” Daniel disagreed. “Once I turn you, then you’ll be more than happy to help.” Lightning swift, the vampire lashed out and seized Matthew’s wrist, forcing the priest’s arm down.

Matthew cried out in pain as Daniel squeezed his wrist until his hand opened and the crucifix dropped to the ground.

Aiden shouted and swung her crucifix around to protect Matthew, but she was too slow. Daniel dragged Matthew away and thrust the priest toward his minions.

Immediately, the carrot-topped boy and the policewoman caught hold of the priest.

Aiden expected Daniel’s attack, but that didn’t prepare her for the vampire’s speed. Daniel rushed her, progressing so fast his contorted face filled her vision. She kept the crucifix level and aimed for the vampire’s eyes, but Daniel caught hold of her wrist with disturbing ease. Then he twisted her arm, causing a wrenching pain in her shoulder. Against her will, Aiden bent over to avoid having her arm torn from the socket. She lost her grip on her crucifix.


Daniel immobilized Aiden, ignoring her struggles. He forced her head to the side and exposed her throat. “Oh, I don’t think so. I want you to suffer, Matt,” he said. “As a self-styled Lord of the Night, I’m rather pleased with the revenge I’ve concocted. So I’m going to eat your pretty daughter and make you watch.” 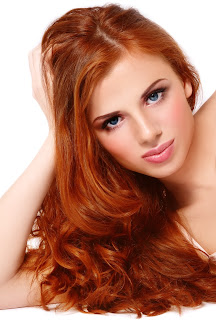 Melissa Thomas breathes life into her dreams, bringing imaginary characters and fantasy worlds into our reality. She loves her characters so much they become her alter-egos, enacting the exciting adventures she envisions for them. She is a resident of San Francisco, California and adores the picturesque city by the bay. Her hobbies include surfing and scuba diving.

Phoenix Contract is her debut novel.

You can learn more about Melissa at http://thephoenixascending.blogspot.com/
Email:  MelissaThomas214@gmail.com
Twitter: https://twitter.com/MThomas_author
Posted by Jana Richards at 12:30 AM