Sharon Poppen (http://www.sharonpoppen.com/) has won awards from Arizona Authors Assoc. and National League of American Pen Women. Her western novels After the War, Before the Peace, Hannah and Abby-Finding More Than Gold are available at Amazon Books, most web based book sellers and from her website.
Her work has appeared in such publications as A Flasher's Dozen, Desert Treasures, Skive, Offerings from the Oasis, A Long Story Short, Apollo Lyre and Laughter Loaf.  Her workshops on Journaling, Short Story Writing and Blogging bring rave reviews.  Sharon is a member of Lake Havasu City Writer's Group.

Jana:  Where did the idea for your latest Awestruck release come from? 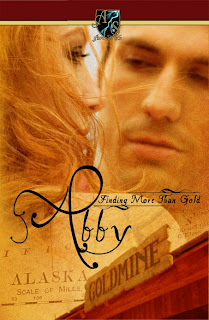 Sharon:  Abby-Finding More Than Gold is my third novel. My first two novels covered times and areas I wasn’t familiar with and took a bit of research. I read somewhere that a writer should write what they know/have experienced. I don’t necessarily agree, but I thought I’d give it a try. I stuck with locations and cultures where I have lived and experienced. I gave my characters names from my past. But like in all my writing, I find that no matter where I put my characters or how well I think I know them, they have a way of taking over plot and planning. Then it gets exciting. So, I’m a firm believer that action/imagination coupled with the use of the five senses will lead to a good story every time.

Jana:  What keeps you motivated?

Sharon:  The voices in my head. When I conduct my writing workshops about writing fiction, one of the things I tell the attendees is that I believe fiction writers have a touch of schizophrenia. But, our ‘voices’ tell us to tell their stories, not pick up an UZI or something. Also, I read a lot and am a big movie goer. Sometimes after I finish a book or movie, a happening in that book/movie will stay with me and I begin to have ‘what if …’ thoughts. Those thoughts often lead to another story line that begins to take shape and characters that begin to develop.

Jana:  How do you deal with rejection?

Sharon:  I expect it. I sincerely believe my books are good reads, but that doesn’t guarantee they will get the indepth attention of a publisher or agent. So often, when I read an interview with a popular writer, I find that they had a friend/relative who worked for this or that publishing house or they are already a entertainment or political celebrity and decided to write a novel. That doesn’t mean that the newbie writer can’t get noticed, it’s just a matter of having your work in the right place at the right time. So, I take the rejections and do a quote that I have posted on my desk says to do. Per Isaac Asimov, ‘You must keep sending work out: you must never let a manuscript do nothing but eat its head off in a drawer. You send that work out again and again, while you’re working on another one. If you have talent, you will receive some measure of success – but only if you persist.’

Jana:  What authors or friends have influenced you as a writer?

Sharon:  I have always loved family sagas. In my early teens, I read Dear Wife, a book by young adult author, Gladys Malvern. Her books are coming back into print and I was lucky enough to get a copy of Dear Wife and I enjoyed it as much today as I did so many years ago. Another of my hero’s is Leon Uris with his Battle Cry, Exodus, Armageddon and so many others. I also loved the very early Harold Robbins. One of the best books ever written was A Stone for Danny Fisher. I avidly read the political drama of Allen Drury and the powerful books by Ayn Rand. And recently, thru my local book club, I’ve found the lovely humor of Janet Evanovich and Carl Hiaason.

Jana:  What is the biggest compliment you’ve ever received about your writing from a reader, editor, reviewer, etc.

Sharon:  My biggest compliment was when my six year old granddaughter found my book in her mom’s car on the way to school, she took it and stood at the entrance to the school yard. As her friends came through the gate, she fanned the book saying, ‘Look. My grandma wrote this. All words. No pictures.’ For my granddaughter to feel such pride in my accomplishment still brings tears to my eyes.

My second biggest compliment was when I had two different publishing houses offer me contracts for one of my books. That memory sure helps when I get the rejection letters.

Jana:  Two differnet publishers? That's very exciting! What’s next for you? Tell me about your next or newest release.

Sharon:  My next novel ‘Regardless’, a gay/sci fi, is scheduled for release in Sept. 2012. It’s a whole new genre for my usual works of historical romance. Because it crosses genres, it was a hard sell, so
I’m so happy that Regal Crest Publishing has seen fit to add it to their prestigious library.

Jana:  Any words of wisdom you’d like to pass along to fellow authors?

Here's a blurb from Abby-Finding More then Gold:

In 1897, Abby Barron, a young Irish-American girl, loses her cousin to a
fire and with him the plans to escape Chicago to search for gold in the Yukon
fields.  A want-ad for a cook revives the plan and she soon hires on with Paddy
and Tommy, a medicine-show man and his son.

Despite Abby's wanderlust and Tommy's desire to settle down, the two
fall in love. But it's a long road to fulfill Abby's dreams of reaching the Yukon--one
that tests the bonds of love and uncovers long-held family secrets.


Book Excerpt-
The Leaving
Chapter Five
Abby smiled at the gatekeeper as the little caravan pulled out of the storage lot early on a cold, breezy morning. The wind whipped against her face as she sat next to Paddy on the frosty wooden bench of a wagon containing the men’s living quarters, clothing and food supplies. Tommy was driving the second wagon carrying their tonic, cooking equipment, musical instruments and her sleeping quarters.
A lumbering, but sturdy, farm horse pulled each wagon along. Their thick, winter-coated bodies, along with their mammoth size, frightened Abby. When Tommy had asked her to hold the reins of one as he cinched it into its harness, it took sheer force of will to override her fear and manage to do one of her first tasks as a member of this trio. Both Tommy and his father noted her determination and shared an approving smile.

They made their way down the busy city streets crowded with trolleys, horses, pedestrians and a few of the new motor cars. On occasion, folks came to walk beside the wagon and purchased a bottle or two of Dr. von Poppel’s Health and Beauty Tonic. Paddy kept a case of the brew handy for easy dispensing. Abby noted his unabated enjoyment of interfacing with people. He was glib of the tongue and generated a genuine sincerity.

Paddy was whistling as he guided the horses along. Abby stole a look at the jolly man. He turned and met her eyes.
"Well, colleen, you’re on your way.”  His eyes twinkled. “Afraid?”
“Oh no. Of course …”
He raised his eyebrows, which caused her to pause in a blush.
“Well, yes. Maybe a little.”
“Good!”
“Good?”
“Abby, love. Whenever you start on a new venture, make sure you have a little fear deep in your gut.”
“Why?”
“You see, child. Life is more exciting if you take chances now and again. But, once you make a decision to take a chance, be sure you have a trace of fear as your partner in the venture. That fear may be the difference between success and failure. It will keep you on your toes. Keep your senses on alert for danger. Mind me now. Always respect your fear. Make sure you’re the boss of it, but don’t deny its nagging companionship.” He turned and smiled at her. “Understand, love?”
“I don’t know. But I do know that I’m a tad afraid right now.” They were just a few blocks south of her old neighborhood. If she jumped from the cart, she could be back in the safety of the Moynahan flat with Aunt Kitty in no time. She shivered, not sure if it was the weather or fear. She squared her shoulders trying not to think about the known, just down a few familiar streets, and focus on the unknown up ahead, beyond her view.
Paddy noticed the neighborhood and watched Abby struggle. “You put that fear in its place right proper this time.”  He reached over and patted her heavily gloved hand.
Abby smiled weakly in return. She wasn’t so sure her fear was in its proper place. Her mind drifted to the last few minutes spent with the Moynahans. Long before she needed to be awake, her heartbeat had stirred her awake. It was so strong and loud that she’d been amazed her chest could contain it.

The Moynahan cousins said their good-byes the night before. There were hugs and tears as well as good wishes shared abundantly. Peggy had led them in a prayer for Abby’s safekeeping. The girls had never been close, so Peggy’s tears had been a surprise.
Her last words before falling off to sleep had been, “I’ll miss your energy and rosy outlook. Always remember, you’ll be in my prayers. I truly believe you’ll be successful. And Abby, I love you.”
“I love you too, Peggy. Thank you. When I get frightened, I’ll remember your prayers.”
“Remember to write.”
“Oh, I will.”
Now, here in the wagon, she squared her shoulders and did, in fact, draw strength thinking of Peggy’s prayers. The warmth of the embraces she had shared on the dark back porch with her aunt and uncle slipped into her consciousness bringing tears. She swallowed in an effort to push the bittersweet memory aside for now and turned to Paddy.
“How far will we go today?”
“We make about twenty mile a day.”  From the corner of his eye, he watched her struggle with her emotions and hoped each mile traveled would help her move emotionally from what lie behind to what lie ahead. He smiled with a hunch that this colleen would probably make it. She had a fire that would stoke the energy necessary to sustain her curiosity and drive to pursue her dreams.
In an effort to make things easier for her he launched into one of his thousands of tales of life on the road. The girl laughed and urged him to tell more stories. As the populated area became less dense, Abby noticed the old fellow’s eyes scanning the horizon.
“Looking for something?” she asked.
“Just watching out for a good campsite.”
Abby started. “You don’t have a place set up?”
“Oh no, colleen. That’s part of the adventure.”

You can find Sharon on the web at the following spots:

Next week my guest will be Skyla Dawn Cameron. For a complete schedule of the Awe-Thors Blog Tour including my guest blogging schedule and guests to Journeys with Jana, please go to my website at www.janarichards.net/index
Posted by Jana Richards at 12:15 AM