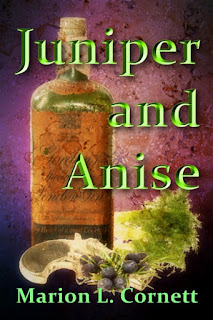 They came at me fast and furiously.  My secondary characters—with voices all their own—directing the story, giving it credence, and even helping to lighten up the hard times facing my protagonists.
I’m always surprised in that moment of clarity.

How could these innocent beings become so important to a story?  How could Izzy and Rita Mae take over the stories and tell each one in their own words when—here I so naively thought—the main character is supposed to have the most to say?

Let me repeat, surprised.  I fell in love with my secondary characters—my heroines—as the stories unfold.  Izzy, the perpetually-positive housemaid and companion in “Juniper and Anise,” published by Whiskey Creek Press in 2014, always saw the best in a bad situation, had solutions to unsolvable problems, and even stepped up when all was lost.  Rita Mae, best girlfriend in “Tilly Loves Johnny,” published in 2016 by the Wild Rose Press, fully believed in the protagonist, Tilly, even when everyone else thought she was going crazy.

Now, tell me, who wouldn’t want loyal friends like these two?

But, more importantly, as each novel unfolds, these were the friends that stuck around.  They were the ones that didn’t give up when small-town attitudes strived to bury someone’s spirit or mental-acuity.

And, in these secondary characters, I found my humorous voice while working on more-often-than-not weighty historical fiction.  Dramas during the Prohibition Era, where my protagonists dealt with violent members of the Detroit Purple Gang and dark-of-the-night rum-running of illicit bathtub gin, blind pigs where glasses of hooch, giggle juice, and rye mash were passed around to party-goers and gamblers in a “dry” country, missing persons, and murder mysteries.  Pretty heavy stuff; a familiar road most historical fiction novels tend to travel.

In “Juniper and Anise,” Izzy unwittingly serves as the main character’s conscience but also protects her at every turn.  Hulda had become a woman bootlegger, with dreams of grandeur, but Izzy kept her grounded.  Of course, she’d help with the making of the juniper and anise-flavored bathtub gin yet she was always outspoken of the dangers.  In a scene, early in the novel, the deputy sheriff, Claude Calkins, nearly stumbled upon the illicit operation while delivering a stack of old newspapers to Izzy.

“You didn’t tell him where I went, did you?” Hulda gasped.  Izzy flittered around like a butterfly, declaring Mr. Claude had just left and how afraid she’d been that he could’ve walked right into the back room if she hadn’t have spotted him first.

“Good of you.  Now, help me with these boxes,” Hulda said, handing down a container full of juniper berries.  She pulled another box off the buckboard and headed into the house.  “Can you please take care of Rocky?  That horse is going to be the death of me.  Next time I have to go to Phelpstown, I’m taking Mr. Harvey’s automobile—you know he said I could borrow it anytime.”

"The Devil hisself could’na talk me into drivin’ one of those flivvers, even if he tol’ me Hell’s doors is locked,” Izzy exclaimed.


Izzy showed in only a few paragraphs how Hulda’s illegal operation was safe from prying eyes but there were limits to how far she’d travel—especially not in one of those early-1900 automobiles! 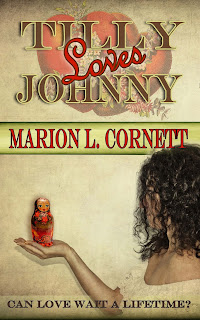 In “Tilly Loves Johnny,” the main character has just related to her best friend of the barbarity of a pig snout, two bloody eyeballs, and slimy entrails desecrating the family dining room—a warning from an unknown thug or faction trying to discourage Johnny’s involvement in operating a blind pig.  In just a few sentences, the reader knew Rita Mae wasn’t going to run from this trouble but would be there for her friend.

“Go on, dry up!” Rita Mae’s hands shot up into the air, knocking over the stack of coins, horror dilating her pupils to large brown orbs.  She was poised as if held at gunpoint.  But then she startled Tilly by placing one hand on her forehead like a mother checking a child’s fever.

“I’m not sick.”  Tilly gently batted her friend’s hand away…


Izzy and Rita Mae, two different novels yet same loyalty, a bit of comedic relief, and maybe even an extension of those wonderful friends in my life.  Look to your own writing—do you have a secondary character you’ve fallen in love with?  Do you hear their voice sometimes better than the main one?  Do you identify more with one character more than others?

It is not a crime to love these characters and to keep fleshing them out more and more.  Secondary characters only make the story stronger and gives a firmer platform for your protagonist, and even sometimes your antagonist, to stand upon.

In my current work-in-progress, a female private investigator in the early 1900s has become that secondary character with her quirks, having an occupation nearly unheard of for a female during that era, and fully giving in to a drive and motivations to help those in her life.

Every day I have a chance to write, I’m excited to see where this person will take the story.  Will she change my outline?  Will she do something outrageous I hadn’t figured on?  Will she become a main character someday?

Blurb for Juniper and Anise:

Hulda Pearl Rosenowski chose to survive, no matter the consequences.  Poland may have been her homeland but, when murderous scavengers kill her mama and dear father, and brother Josef, during a raid on their house, she finds a way to escape.  Unharmed physically but damaged forever, Hulda arrives in America with only the clothes on her back and a tattered potato bag containing a few scarce coins and precious family jewels.

Dreams of becoming a “flapper” girl and brushes with members of the Detroit Purple Gang dominate Hulda’s life as she counts down dwindling reserves, takes care of a broken-down farmhouse, a baby, and hides a secret that could land her in prison.  Years later, as told through the eyes of small-town sheriff Claude Calkins, a story of rum-running and bootleggers stealing away in the dead-of-night with stashes of bathtub gin emerges and changes a young girl’s life forever.


Newlywed Tilly Miner turns a deaf ear to rumors and gossip her husband, Johnny, is running parties where “complimentary” hooch loosens lips as well as pocketbooks for those looking to gamble.  Some nights he crawls into their bed, smelling of sour rye mash; others, not even making it home until early morning.  But her loyalty remains unwavering.  And then, the unspeakable happens.
A few days before Christmas, Tilly discovers a bloody atrocity dumped on their kitchen table.  A warning from the Ku Klux Klan?  Johnny laughs it off as a joke.  But, when he goes missing one cold night in February, 1929, Tilly is convinced someone or something prevents his return.


Her undying faith in Johnny is tested by righteous attitudes from her best friend’s mother and a too-cruel mother-in-law, while a recalcitrant sheriff is convinced the man merely ran off. 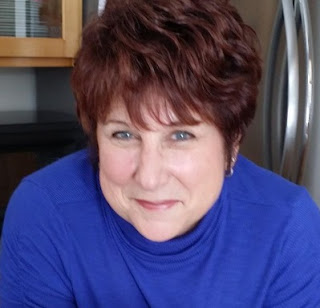 Marion Cornett, like many novelists, began her career in a steep learning curve that ultimately lasted over some forty years before having her first story published.  That meant having national magazines publish original patterns for knitting, crocheting, and needlework, while perfecting her journalistic abilities through motorcycle road racing reporting.

Her claim to fame, at this point, is all about Michigan’s past.  Two volumes on the history of her adopted town, Fowlerville, proved to be a great research tool to then write two historical novels set in a small town that looks a lot like their village in the early 1900s.  “Juniper and Anise,” a story of a woman bootlegger selling bathtub gin during the Prohibition Era, was published by Whiskey Creek Press in 2014 and “Tilly Loves Johnny,” a murder/mystery tale centered around the illicit activities of a blind pig, was published by the Wild Rose Press in 2016.

“The Fowlerville Chronicles” (2010), a compilation of the village’s history from 1836 to 2010, and “Through the Eyes of a Country Editor” (2012), the writings and life of G.L. Adams, publisher and editor of the newspaper, “The Fowlerville Review,” are available in used and new prints.

As research continues, more stories are in the works.  All happening while continuing to travel around the country on named “awesome road trips,” hiking portions of the Appalachian and Arizona trails, and thoroughly enjoying time with her husband, Doug, since falling deep into retirement.