New Release and a #Giveaway from Luanna Stewart!

Luanna Stewart visits with me today and talks about her new historical novel, IF WISHES WERE EARLS. She's sharing her love/hate with moving and, to celebrate her new release, she's got a giveaway for us. Please welcome Luanna Stewart! 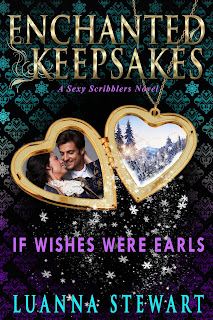 Thank you, Jana, for inviting me to visit with your readers.

In no particular order…
1. I don’t like sorting through old clothes. Never have, never will. That’s why my off-season closet has items I’ve not worn for several years.

2. I do like moving into a new kitchen, organizing the cupboards and shelves to suit my cooking and baking personality.

3. I don’t like all the trips I have to make to Goodwill, the animal shelter (they take old towels and bedding to use in their kennels), and the town dump.

4. I do like packing boxes. Strange but true. Especially the more delicate items, wrapping each piece in paper and nestling it safely in the box.

5. I don’t like unpacking boxes, putting away all the stuff, often wondering why the heck we kept some of it.

6. I do like having a yard or garage sale, finding new homes for some of my treasures that I no longer want or need.

7. I don’t like preparing for a yard sale, organizing the clutter, setting up the tables, praying it doesn’t rain.

8. I do like learning my way around a new location, discovering the best place to do this or that.

9. I don’t like having to find a new hairstylist. The horror! I’ve had my current hairdresser for over 15 years and she knows my hair. I trust her completely, usually telling her to “do what you like”. The last time I got my hair cut I simply said “something shorter than usual” and let her have fun.

10. I do like decorating – choosing wall colours, arranging furniture, hanging artwork on the walls. Making the house a home.

One commenter will receive a hand-knitted (by me) washcloth and a bar of handcrafted soap. (USA and Canada only.)

If Wishes Were Earls
By Luanna Stewart

A mysterious letter and an enchanted keepsake promise to lead Miranda to her heart's desire. Or does her heart secretly yearn for more than a sexy earl?

When a mysterious note directs Miss Miranda Large to a tiny village in Cornwall to find her heart's desire, she has no choice but to go. An enchanted keepsake heightens her curiosity. A snowstorm forces her to accept the hospitality of a sullen, albeit sexy and handsome, earl and Miranda's wish doesn't seem so out of reach.

Edward Penhallion, the 12th Earl of Claverlock, is not in the mood to start his search for a new wife. He wants to be left alone with his books and his dreams of revenge. But the arrival of a headstrong, sharp-tongued spinster forces him to play the charming host. Not a difficult task, given her intelligence and beauty. Suddenly, he’s not terribly eager for her to leave.

But as the snow falls and the winds blow, Edward discovers there’s more to Miranda than a lively wit and a lovely face. And Miranda wonders if the trappings of wealth are enough for true happiness.

He chuckled. The low, enticing sound warmed her from the tips of her ears to the soles of her feet, and made her quite forget her urgent need. “I won’t detain you any longer. It is quite safe for you to turn around. I’m respectably clothed.”

She lowered her hand and looked over her shoulder. She’d not noticed much about his face the first time she’d seen him, being distracted by other parts of his anatomy. Her cheeks heated. Oh, heavens, the other parts were all she’d looked at. Not at all similar to those parts on statues, or in paintings. This man’s parts were—impressive. More than her cheeks heated. Why had no one told her a man’s chest, when unclothed, was so thrillingly fascinating?

Now, with the distracting portions of his person covered, she could see he was incredibly attractive. Several inches taller than her, which was unusual given her height, with auburn hair a bit longer than current fashion, and brown eyes holding a hint of humor. She might escape unscathed. The bristles on his cheeks and chin matched the hair visible on his chest, for he had not buttoned the neck of his shirt.  He had tucked in the tails, however, and was possessed of muscular thighs.

When her gaze travelled up to meet his, a smile lingered in his eyes. “Have you seen enough?”

She opened her mouth to refute his implication, but in good conscience could not. She’d been ogling the poor man. Of course she had. What living, breathing woman wouldn’t ogle such a fine specimen?

Buy links for:  If Wishes Were Earls 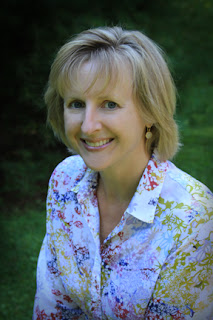 Luanna Stewart has been creating adventures for her imaginary friends since childhood. As soon as she discovered her grandmother's stash of romance novels, all plots had to lead to a happily-ever-after.

Born and raised in Nova Scotia, Luanna now lives in Maine with her dear husband, two college boys, and two cats. When she's not torturing her heroes and heroines, she’s in her kitchen baking something delicious.

Writing under the pen name Grace Hood, she has two novellas published with The Wild Rose Press.