Being a Hollywood Background Actor by Laura Haley-McNeil

Laura Haley-McNeil makes a return visit to Journeys with Jana to talk about her sweet romance, CALL IT LOVE. Laura has something in common with her heroine Addison - they've both been background actors in Hollywood. Here's Laura's Hollywood story. Welcome Laura! 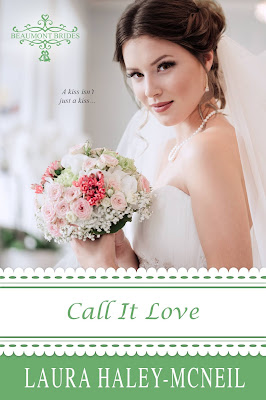 When my book Call It Love, Book 3 of the Beaumont Brides Series, started to germinate in my head, I knew I wanted to create a Hollywood romance for my two characters―Addison and Spencer. It was the perfect book for me to write. Because I’m a Southern California girl, I actually had a little bit of experience with the film industry.

The studios are always looking for background actors, and I learned about these opportunities by word of mouth. Many of the background actors were serious actors and hung out at the studios. They learned about the casting calls first and scooped up the openings that provided face time and could lead to something else. For someone like me who has no acting experience, these gigs were a great way to pad an income.

The jobs can vary in length from a day to much longer. The gig paid more than most high school jobs, and the studio supplied delicious, catered meals. When I would hear about the call, I’d try to find out what to wear that day―did they need bikini clad girls (my mother would never permit it), girls in dresses, winter clothes? Whatever they needed, I’d fit the call.

When we arrived, and if we were selected for a scene, we had to register. We were paid at the end of the day so they needed our information to make sure the checks were processed correctly. Once on the set, everything was locked. They were paying us to work, not leave then return when filming had been completed to pick up the paycheck.

And what was the day like? It could be pretty boring. We waited around for our scenes to be setup. We had to listen to directions and watch cues to make sure we performed correctly. The stars could make mistakes, but we couldn’t. We’d walk across the set or dance or pretend like we were afraid or angry. We had to be quiet. The sound was dubbed in later.

It was fun to remember these experiences and recreate them in my book Call It Love. The film industry can be full of surprises and I enjoyed every minute of it.

To find about Addison’s and Spencer’s Hollywood romance, click the link below to download a sample or buy this sweet romance today!

Struggling actress Addison Duvall hustles background acting jobs at the Hollywood studios hoping for her big break. When she’s cast as the stand-in for the lead actress in a blockbuster spy film, she can’t believe her luck. The surprises rush in―her first test shot is with Hollywood heartthrob Spencer Kingsley. Her even bigger surprise is when director yells, “Action!” and Spencer presses his lips to hers in a kiss.

Behind Spencer’s Hollywood façade hides the secret pain no one suspects. He’s the first to take a risk, except when it comes to his heart. He can’t deny he and Addison have chemistry―onscreen and off―and he’s  tempted to lower his guard. She seems real, not like the women he usually meets.

But once Addison’s star rises, so do Spencer’s doubts. She’s no different than the others looking for a connection to catapult their careers. Except he can feel himself falling for her. He won’t let another woman damage his heart. His decision made, Spencer wishes her success and moves on.

But it’s already too late. How does he heal this Addison-shaped hole in his heart? Should he risk more heartbreak for another chance at love?

Addison Duvall stood apart from the cast and crew crowded across the Hollywood soundstage and ended the call on her cell phone. She dropped her head back against the concrete wall and closed her eyes, but that did little to still the emotions rising in her chest.

Her agent, Donny White, had just told her she didn’t get the part on the sitcom that she was sure she had. The director was looking for someone tanner, blonder, shorter. She could be all those things if given a chance. She could go to a tanning salon, dye her dark hair, and slouch.

Donny laughed and told her he’d scheduled her for another audition. “Don’t worry, kid. I’ll get you something,” he said. But he said that every time they talked.

Sometimes she wondered if she should’ve accepted the teaching job she’d been offered and stayed in Colorado―even if it was January and freezing.

Conversations on the set silenced. Addison’s eyes flew open, and she clutched her copy of the screenplay for When We Say Goodbye to her chest. She’d been hired as the stand-in for Irene Wayne, the female lead in this top-budget spy film, and she didn’t want to miss her cue.

A tall, powerfully built man stepped onto the set. Spencer Kingsley, the film’s star, was the grandson of Hollywood great Mirabelle La Marr Kingsley and the hottest actor in town. His parents would’ve been acting legends had a tragic accident not claimed their lives.

Addison’s heart beat rapidly. She might be Irene’s stand-in, but this was the closest she’d ever get to Spencer Kingsley. When Irene’s scenes were shot, she’d be with Spencer in nearly every scene.
Lucky girl. 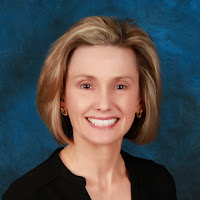 A native of California, Laura Haley-McNeil spent her youth studying ballet and piano, though her favorite pastime was curling up with a good book. Without a clue as to how to write a book, she knew one day she would.

After college, she segued into the corporate world, but she never forgot her love for the arts and served on the board of two community orchestras. Finally realizing that the book she’d dreamt of writing wouldn’t write itself, she planted herself in front of her computer. She now immerses herself in the lives and loves of her characters in her romantic suspense and her contemporary romance novels. Many years later, she lived her own romantic novel when she married her piano teacher, the love of her life.

Though she and husband have left warm California for cooler Colorado, they enjoy the outdoor life of hiking, bicycling, horseback riding and snow skiing. They satisfy their love of music by attending concerts and hanging out with their musician friends, but Laura still catches a few free moments when she can sneak off and read.