The Secondary Character in All of Us by Colleen Donnelly

Colleen Donnelly loves secondary characters as much as I do. In this post, she shares some actual lines from her novel ASKED FOR from one of the secondary characters, Magdalena Paine. They will indeed make you laugh and cry as they tell her story. Thanks for being here, Colleen! 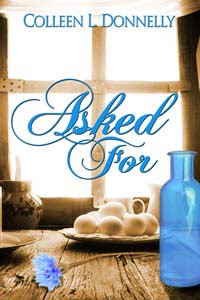 The Secondary Character in All of Us

I’ve felt secondary. If you have as well, I offer you little treasures from a secondary character in “Asked For” who will make you laugh as well as cry. Magdalena Paine, the oldest daughter of a man who wanted only sons and treated her accordingly, takes surviving rejection to a new art form—

Magdalena was seventeen, wore too much makeup, and drew on cigarettes until the ends flared orange.

Nothing bothered Magdalena and she was never afraid.

“Magdalena said to tell Mama she’s gone out, but to tell Pop she’s looking for a job.”

Magdalena was like water on a fire. She’d never burn; she made sure of it.

Magdalena claimed she cleaned houses for the elderly—irregular hours, decent pay from folks who didn’t mind if she wore makeup and smoked.

Magdalena stood. “I’m getting married. It’s Earl. He’s a good enough guy, so I’m going to do it.”

Magdalena changed after she married Earl. She smelled stronger of smoke, and chose brighter colors for her makeup. Harold said more makeup wasn’t good for a married woman.

“I wanna drive,” young Magdalena shouted at her father. “I wanna drive a truck.” He didn’t notice how prince-like his arms felt as he peeled his child from the truck and set her on the ground. They made the girl in her alive. Until he walked away.

The car ground to a stop, flinging a mop of hair over the steering wheel. The driver’s door opened, and Magdalena’s grin appeared over its top. “I drive now.”

Earl was gone. Magdalena said she caught him with someone else, and he was no good anyway.

Joe slapped Magdalena for scratching his car. She scratched it again as she walked away.

Magdalena was quiet…until her father came home. He called it sass. Her mother called it starvation.

“This is Max. This is his car. And his lighter.” Max looked old enough to be Magdalena’s father.

“Why do you think your daughter chose a man your age?” Mama turned on Pop. “That little girl who rode pretend ponies to get away, who was determined to drive, who wore makeup when you told her not to, who sassed you just to get your attention couldn’t get love here, so she went out to find it.”

“Max is asleep again! I swear, it’s like living in a coma with him.”

“Whose car is this?” James looked at Magdalena. “Kevin’s,” she said. Eventually she’d tell them who Kevin was. And whether Max was still her husband.

“I have money. I work, remember?” Magdalena hadn’t mentioned cleaning houses in forever, but she always had money.

I call myself just Magdalena now. I’ll never be Magdalena Paine again. That girl became so many Magdalena somethings, every last name attached to a man like Pop in some way. Magdalena Paine died then, and a new Magdalena was born. I like this one. She’s beautiful.

Blurb for Asked For:

Cletus asked for Lana when she was barely more than a child. He told her grandmother he wanted a wife, not a bride, someone to keep his house the way he wanted it and to give him sons. He got more daughters than sons.

Jim Dillon wanted Lana — he always had. He just hadn’t expected her to be taken away and married to someone else so soon. Glen Morgan recognized the beauty underlying Lana’s worn features, and he stepped in where Cletus hadn’t.

Lana and her children grew up under Cletus’ demands, fulfilling what was expected until each discovered what was most important — each other and themselves. 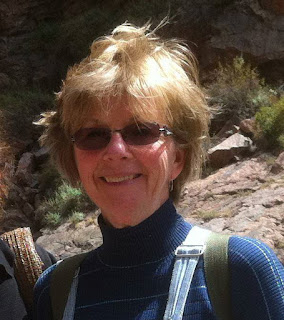 Colleen L Donnelly was born in the Midwestern US where she has returned after several years of living in other places, proving, “There’s no place like home.” A scientist by profession and an outdoors person by passion, she has learned to find and generate stories wherever she’s been and whatever she’s done.